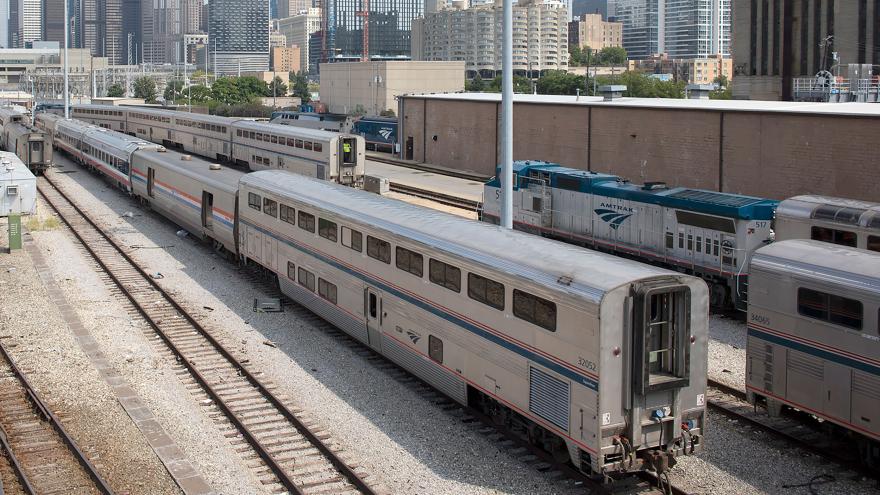 (CNN) -- Amtrak announced Monday that it is preemptively suspending service on some of its long range routes, mostly out of Chicago, due to a looming freight rail strike.

"Amtrak is closely monitoring the ongoing freight rail -- rail labor contract negotiations. The negotiations do not involve Amtrak or the Amtrak workforce. While we are hopeful that parties will reach a resolution, Amtrak has now begun phased adjustments to our service in preparation for a possible freight rail service interruption later this week," Amtrak said in a statement.

Among the routes being suspended are long distance routes from Chicago to Los Angeles, Chicago to Seattle, Chicago to San Francisco and a portion of one of its routes that runs from Los Angeles to San Antonio.

Amtrak calls these "initial adjustments" and says it "could be followed by impacts to all Long Distance and most State-Supported routes."

The labor dispute that could lead to the first national railroad strike in 30 years could begin as soon as this Friday. About 60,000 union members who work for the railroad are set to go on strike, including the engineers and conductors who make up the two-person crews on each train. Even though 45,000 other union members belong to unions that have reached tentative deals with the railroads, a strike by engineers and conductors would bring the freight rail system, which carries nearly 30% of the nation's freight, to a grinding halt.

Amtrak says a strike would "significantly impact" 21,000 route miles that it operates outside of the northeast. In the northeast, where Amtrak owns the tracks, the impacts would be more minimal. Its high-speed Acela service, for instance, would not be impacted, but it says a "small number" of its Northeast Regional departures would be.

Amtrak owns and maintain about 700 miles of track, primarily in the Northeast Corridor from Boston to Washington. But virtually all the remaining 97% of Amtrak's nearly 22,000-mile system is on tracks owned and maintained by freight railroads, according to the Association of American Railroads.