Amid coronavirus, tribes say they aren't getting help they need from federal government 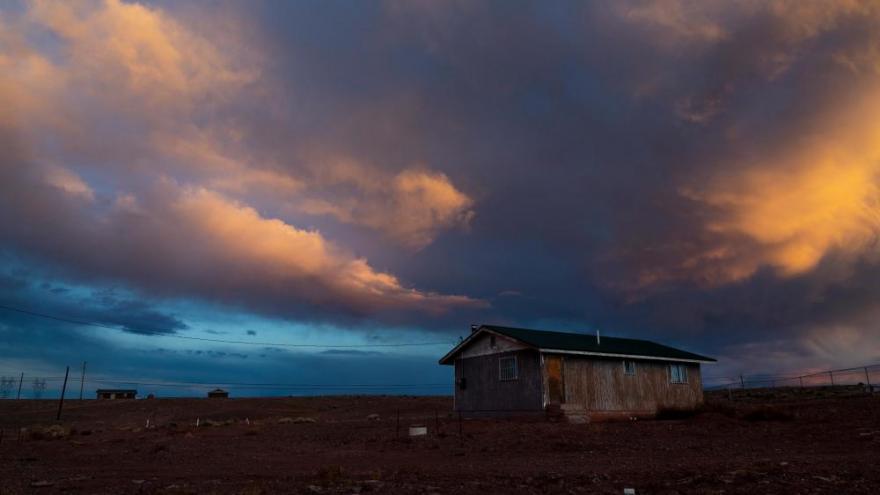 Tribes say they aren't getting help they need from the federal government.

(CNN) -- The health care crisis on reservations around the country is mounting with Navajo Nation, a vast 27,000 square miles spanning three states, facing more than 1,000 cases of coronavirus and more than 40 deaths.

On many reservations, health care facilities are already chronically underfunded, but coronavirus has stretched limited resources to the brink. A public health crisis has forced tribes to close businesses and a rapid economic downturn has exasperated poverty.

"It is a perfect storm. It is really highlighting the barriers that Indian country faces every day," said Meredith Raimondi, a spokeswoman for the National Council of Urban Indian Health. "It is so chronically underfunded that everyone is starting from beyond. States are trying to play catch up and tribes are playing double catching up."

The $2.2 trillion stimulus package passed by Congress last month included $500 million for Indian Affairs and $8 billion for tribes, but community leaders say it isn't enough. Shortages in testing supplies, medical equipment as well as infrastructure shortcomings including gaps in broadband and even clean drinking water in places like the Navajo Nation have made it harder for leaders there to stop the spread of the virus.

In letters to Congress over the last month, tribes have sounded the alarm, writing to Chairman of the House Natural Resources Committee Raul Grijalva that many areas were not prepared nor were they getting what they needed from the federal government.

Reaching a critical point, Grijalva convened a virtual town hall with five tribal leaders Friday to discuss some of the issues different tribes in the US are facing as coronavirus continues to spread.

Minnesota Lt. Gov. Peggy Flanagan said that the key issues for the 60,000 indigenous people in her state are access to testing kits, personal protective equipment for health care workers and supplies to fight the virus and contain the spread. Minnesota is home to 11 native American tribes, and 70% of the native population live in urban areas, she said.

"The widespread shortage of tests has largely prevented tribes from being able to monitor their members," Flanagan said on the call.

Flanagan lost her brother to Covid-19 a few weeks ago, which is part of what is motivating her to keep pushing for what Native American people in her state need to fight the virus, she said.

"It has been one of the things that has driven me to ensure that our native people that we are seen and we are heard and we are valued, and that none of us are a statistic," Flanagan said.

Navajo Nation President Jonathan Nez said that while some funding was allocated for tribal communities in the CARES stimulus package, the same bureaucratic requirements are making it hard for the communities in need to access funding quickly in the middle of a public health emergency.

Nez said the government is "using the same process that has been used every year, forcing us to apply via grant applications, which place on us hefty reporting requirements." He advocated that the federal government instead allow tribes to access federal funding directly.

"This is an emergency, so you would think that the money would go directly into tribal communities," Nez said during the call. "It's been very slow."

Navajo Nation has been the hardest hit native American community in the US, Nez said, with the third highest infection rate per capita after New York and New Jersey.

But, even though their community is being disproportionally impacted, Nez said the allocation of emergency funding is not reflected in what the tribe is receiving from the state and federal government.

Flanagan also noted that Native American populations experience higher rates of diabetes and asthma diagnoses than other populations, which both can put members of their population at higher risk for contracting Covid-19.

"These circumstances have combined to create the potential for a public health disaster among the most vulnerable in our state," she said.

Many Native American communities, like some Alaskan rural villages, lack basic infrastructure to adequately deal with the pandemic in the first place.

"It is crucial to understand that many rural Alaska villages do not have running water, reliable internet access, and easy access to hospitals. Furthermore, with a lack of adequate housing, it is difficult for village residents to remain at a distance from ill people who are sick," Alaska Native Public Health Board representative Andrew Jimmie, the tribally elected leader of the village of Minto, said in a letter to the House Natural Resources Committee last month.