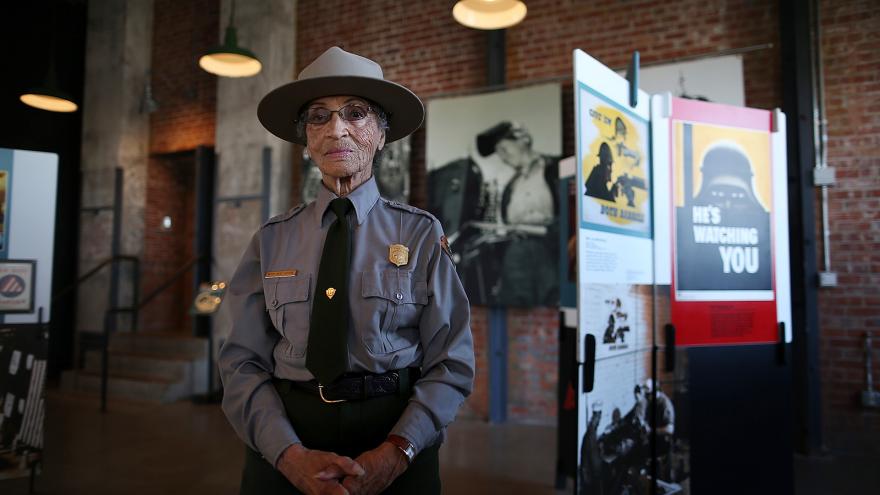 Soskin spent over a decade working at the Rosie the Riveter/WWII Home Front National Historical Park after joining the service full-time in 2011, according to a statement from the NPS. The park, located in Richmond, California, aims to highlight the work and experiences of American civilians on the World War II home front.

"To be a part of helping to mark the place where that dramatic trajectory of my own life, combined with others of my generation, will influence the future by the footprints we've left behind has been incredible," Soskin said in the NPS's statement.

As a park ranger, Soskin led public programs with visitors and shared her own personal experiences of World War II. And she worked to highlight the untold stories of African Americans and other people of color during the war.

"Being a primary source in the sharing of  that history -- my history -- and giving shape to a new national park has been exciting and fulfilling," Soskin said Soskin. "It has proven to bring meaning to my final years."

The NPS lauded Soskin's accomplishments on Instagram, writing, "We are grateful for Betty's lifelong dedication to sharing her story and wish her all the best in retirement!"

Soskin had a long path to the NPS.

She grew up in a Cajun-Creole, African-American family in Oakland, California, and worked as a file clerk at a segregated union during World War II, according to the NPS. She later founded one of the first Black-owned music stores, Reid's Records, with her husband before stints working as an office worker and political staffer.

Finally, Soskin found her calling in the parks service and sharing her stories in her 80s. She even caught the eye of the White House and was selected to introduce President Barack Obama at the White House tree-lighting ceremony in 2015.

"She has used stories of her life on the Home Front, drawing meaning from those experiences in ways that make that history truly impactful for those of us living today," Naomi Torres, acting superintendent of Rosie the Riveter/WWII Home Front National Historical Park, said in the NPS statement.