America's National Parks are being overrun by rats, cats and feral hogs 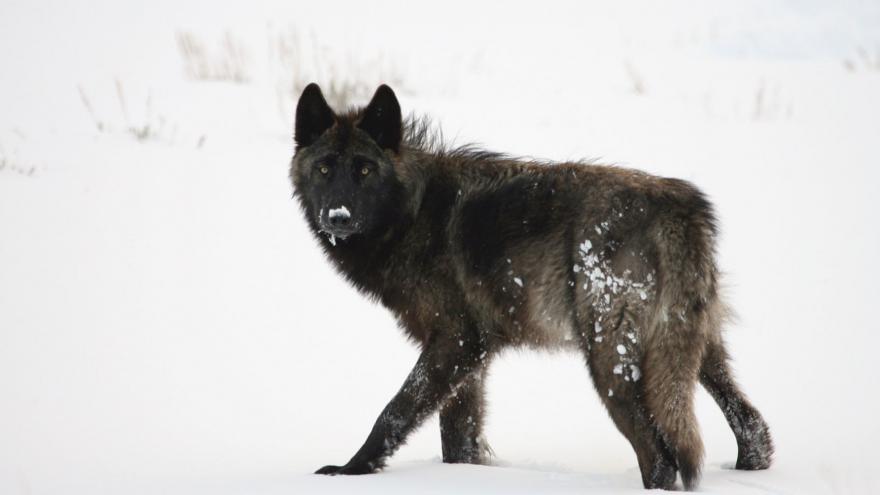 (CNN) -- Millions visit US National Parks each year, many hoping to catch glimpses of animals including bison, mountain goats and alligators.

What they don't expect to see are the rats, domesticated cats, feral hogs and many other non-native animals that also thrive there.

The number of invasive animal species in US national parks has put the protected lands under a "deep and immediate threat," says a new study published in the Biological Invasions journal on Monday.

An invasive species is any organism that lives in an ecosystem to which it is not native to and causes harm. Invasive species are among the biggest threats to native wildlife, according to the National Wildlife Federation.

Non-native species may not have any natural predators. This allows them to breed and multiply quickly and then compete with native populations for valuable food and habitat resources, says the NWF.

Some are even capable of changing the conditions of their new environment, such as altering the soil chemistry or introducing new diseases.

Just a fraction are under control

The report was produced by experts from the US Department of Fish and Wildlife Conservation, the US National Park Service and university departments.

"From American Samoa to Guam, the northernmost reaches of Alaska, the southwestern deserts, and the Virgin Islands, National Parks protect some of the nation's most important ecosystems, native iconic plant and animal species, cultural resources, and the stories and values that define America," says the report.

In order to tackle the enormous undertaking of controlling the entire park service's non-native invasions, the study lays out an assessment of how the Park Service should respond.

What to do about it

Many parks have their own methods for responding to invasive species, but the report insists that the threat is too large to be addressed on only a park-by-park basis.

Instead, it says there needs to be a system-wide approach that involves everybody from National Park Service leadership down to their staff and visitors.

Collaboration is key to solving the issue of invasive species because many parks don't have staff trained to deal with invasive species, making it difficult for them to handle the damage caused by the invaders.

To support park staff, the report recommends creating ways for parks to share information more easily with one another. That way, they could exchange solutions, strategies and much-needed expertise.

The report says it is also essential to partner with communities and organizations outside the parks.

Introducing non-native species has been banned in National Parks since 1968, but animals still make their way into the protected lands from the surrounding area. To prevent this, the report recommends working with neighboring landowners and communities.

David Hallac, superintendent of the National Parks of Eastern North Carolina and co-author of the report, told CNN that communicating with outside groups is essential. Hallac previously worked at Yellowstone National Park and Everglades National Park, where he helped to control invasive populations.

"Without a question, the best possible way to manage invasive animals is to prevent them from invading an ecosystem in the first place," he said. "And that can rarely be done alone by an individual park. That's something in which park managers have to absolutely partner with and work collaboratively with communities and adjacent land managers."

Public engagement is key to success

While strategies within the National Parks are important, the report says involving and educating the public is also vital.

By reaching out to the public, the Park Service could encourage people to become involved with efforts to control invasive populations and possibly change their behaviors to protect existing wildlife.

"The public can be part of the solution," Ashley Dayer, an assistant professor in Virginia Tech's Department of Fish and Wildlife and co-author of the report told CNN. "From the most basic of making sure we don't have new introductions of invasive species, such as being responsible pet owners and making sure that exotic pets that become pests aren't released."

Dayer also explained that members of the public can help out as citizen scientists and park volunteers.

By combining traditional methods of prevention and eradication with emerging technology, the Park Service could create more efficient and less costly solutions to its problem.

Some parks, such as Yellowstone National Park, are already using technology to manage non-native species. Yellowstone collects and tests water samples for DNA that may be able to tell park staff if there are invasive species present in the water source. This method can also be used to confirm that invasive species have been eradicated from an ecosystem.

Innovative technology approaches could open many new doors for the Parks Service's conservation efforts, but it would have to be done thoughtfully, said Hallac.

"It's got to be done in a way that we think it through very carefully and make sure there aren't adverse unintended consequences," he said.