America's heartbreak: Here are some of the victims and stories of recent shootings that Congress may spotlight 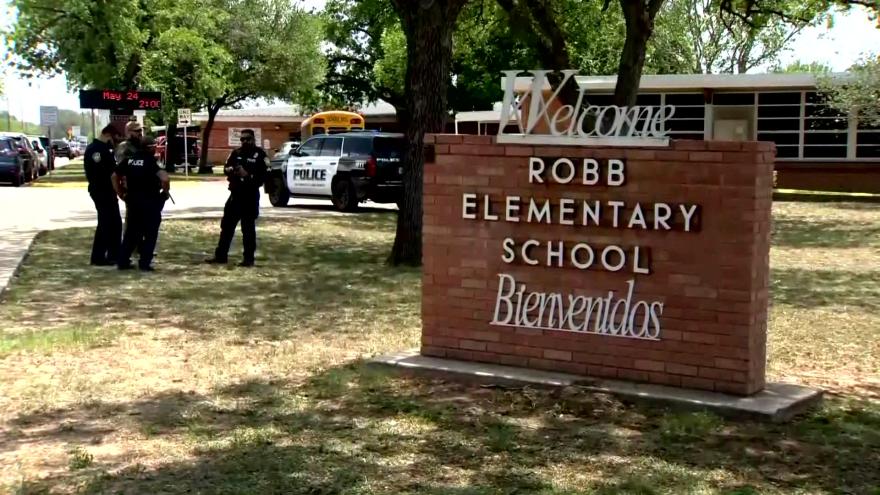 (CNN) -- Parents of victims and a survivor of the recent mass shootings in Buffalo, New York, and Uvalde, Texas, will speak at a hearing held by the US House Oversight Committee on Wednesday about the gun violence epidemic.

"This hearing is ultimately about saving lives, and I hope it will galvanize my colleagues on both sides of the aisle to pass legislation to do just that," Democratic Rep. Carolyn Maloney of New York, the committee's chairwoman, said in a statement.

Ahead of the 10 a.m. ET hearing, here is CNN's past coverage of the shootings at a grocery store in Buffalo and an elementary school in Uvalde.

What we know about the victims at Robb Elementary School

Nineteen children ages 10 and 11 were killed after a gunman opened fire inside a classroom at Robb Elementary School. Fourth grade teachers Irma Garcia and Eva Mireles were also killed in the shooting on May 24.

Here's what friends and relatives want everyone to remember about the people they lost.

What we know about the Buffalo shooting victims

Ten people were killed in a shooting at a Buffalo supermarket last month -- a massacre authorities believe was racially motivated. Thirteen people, ages 20 to 86, were shot. Eleven were Black and two were White, according to Buffalo police.

Zeneta Everhart, the mother of one of the survivors, Zaire Goodman, is expected to address the House panel on Wednesday. Goodman, 21, worked at the supermarket and is the only Black person who was shot and survived.

Here's how loved ones are remembering those who lost their lives in Buffalo.

Miah Cerrillo, an 11-year-old survivor of the Uvalde shooting, also is expected to testify before the House committee on Wednesday.

She had previously spoken exclusively to CNN about her horrific experience that day inside the classroom where the mass shooting took place.

Cerrillo had feared the gunman would come back for her, so she smeared herself with her friend's blood and played dead.

She said it felt like three hours that she had lain there, covered in her classmate's blood, with her friends.

Ten-year-old Lexi Rubio had attended an honor roll ceremony with her parents minutes before the gunman opened fire in her classroom and took her life.

Her parents, Felix and Kimberly Rubio, are scheduled to appear at Wednesday's congressional hearing.

Buffalo residents mourn loved ones and a community's haven

CNN's Alaa Elassar spoke to residents of Buffalo's Masten Park neighborhood about the massacre that shattered their community's haven.

"The beloved Tops is the only supermarket in a 4-mile radius within this largely Black neighborhood and one that took more than a decade to get. It has now been scarred by a deadly rampage whose remnants are evident in the stretches of police tape that now guard the store," Elassar writes.

"Tops market was a place of community, a safe space for us to meet, to talk, to be together," Phylicia Dove told CNN. "There's no one here who hasn't visited this Tops. It was ours. Even if it wasn't the best, it was ours, and now our safe space has been infiltrated and taken from us and that is something we are mourning."

13 mass shootings over the weekend

More than a dozen people were killed and more than 70 wounded in at least 13 mass shootings this past weekend in the US.

That included a shooting on Philadelphia's South Street, where at least two people were killed and 11 others hit by gunfire.

The country is on pace to match or surpass last year's total of mass shootings, which is the worst on record, according to the Gun Violence Archive.

The two leading Republican senators involved in congressional talks on federal gun legislation said Monday that they are looking at changing the criminal background check system to access juvenile records before gun sales are complete.

But they also signaled Monday that it's unlikely Congress will raise the age requirement for purchasing semi-automatic firearms to 21.

Negotiators are considering a handful of ideas such as incentivizing states to enact so-called "red flag" laws, which allow guns to be temporarily taken away from individuals deemed a danger to themselves or others.

Read more about the bipartisan negotiations.