Americans may finally get paid family leave. Here's what to know 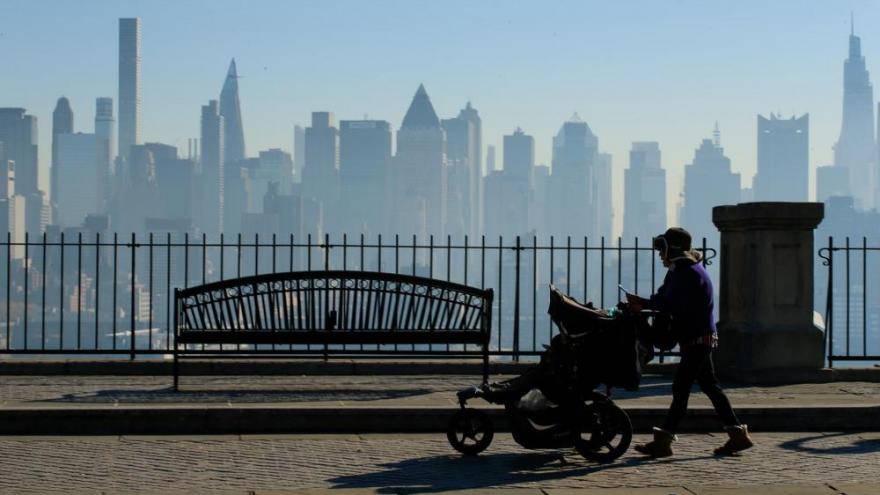 President Joe Biden is pushing to create a national standard on paid family and sick leave, which already exists in most other developed nations.

(CNN) -- President Joe Biden is pushing to create a national standard on paid family and sick leave, which already exists in most other developed nations.

It's been a long-held priority for many Democrats to create a federal benefit that allows new parents as well as workers recovering from illness or caring for sick family members to take paid leave from work.

Biden originally proposed guaranteeing 12 weeks of paid leave but the plan has been reduced to four weeks as negotiations over a sweeping social safety net bill drag on. That could cut the cost of the provision to roughly $100 billion from nearly $500 billion.

Democratic leaders are scrambling to keep a paid leave benefit in the package while trying to win the vote of a key moderate, Sen. Joe Manchin of West Virginia, who has raised concerns about the provision.

The 10-year spending plan, originally priced at $3.5 trillion, calls for expanding education, health care and child care support, as well as tackling the climate crisis and making further investments in infrastructure. Democrats are nearing a deal, though it's likely to be pared back in size and scope from what Biden first proposed.

The United States currently has no federal paid family or sick leave benefit, making it an outlier among developed countries.

It is the only nation that does not offer some paid leave to new mothers among the 38 members of the Organization for Economic Cooperation and Development. Policies vary among the countries in that group, but the average is 18 weeks of paid maternity leave. In Germany, which has one of the most generous benefits, mothers receive their full pay for 14 weeks and then another 44 weeks of partial pay.

A majority of those countries also offer some paid leave for fathers as well as paid sick leave benefits.

Millions of Americans have no paid leave

The federal government created a nationwide unpaid family and sick leave policy in 1993 through the Family and Medical Leave Act. It allows workers to take 12 weeks off without losing their jobs to recover from serious illness or to care for newborns or family members with serious health conditions -- but does not guarantee any pay. It also comes with plenty of exclusions, leaving out many who work for smaller employers, some who work part time and workers who haven't been with their employers for at least a year.

In the absence of a federal mandate, many private employers as well as six states and Washington, DC, offer paid family and sick leave. Three more states have passed laws to establish these benefits and are planning to start paying them out over the next few years.

Still, millions of Americans are left without the benefit. About 77% of workers have no paid family leave and 22% have no paid sick leave, according to the Bureau of Labor Statistics. Low-income workers are less likely to have access to paid leave.

In recent years, there has been some bipartisan support for paid leave benefits on the federal level. In 2019, Congress voted to provide all federal workers with 12 weeks of paid parental leave -- a policy backed by Ivanka Trump, former President Donald Trump's daughter who served as one of his senior advisers.

Congress also provided a temporary paid family and sick leave benefit last year to help workers get through the pandemic if they contracted Covid-19, were caring for family members who fell sick or lost child care when schools suddenly shut down.

How a federal benefit could work

A proposal put forth by House Democrats would allow workers whose employers don't already offer paid family or medical leave to apply directly to the Treasury Department for the benefit when they need it.

Those eligible would include parents welcoming new children through birth, adoption or foster care and workers recovering from serious illnesses or caring for seriously ill family members. They would receive partial pay, the percentage of which is based on a sliding scale, so that the lowest-income workers would receive 85% of their regular pay and the highest-earning would receive 5% -- leaving out those earning more than $250,000 a year.

The federal government would pay for the benefits and would partially reimburse employers who already offer paid family and sick leave.

Even if the proposal is reduced to four weeks from 12, policy experts say, it could still have a significant impact on many Americans.

"One in five workers don't have a single sick day. It would be a real game changer for them to have a month," said Kathleen Romig, senior policy analyst at the Center on Budget and Policy Priorities.