Americans are getting fewer robocalls because of the pandemic 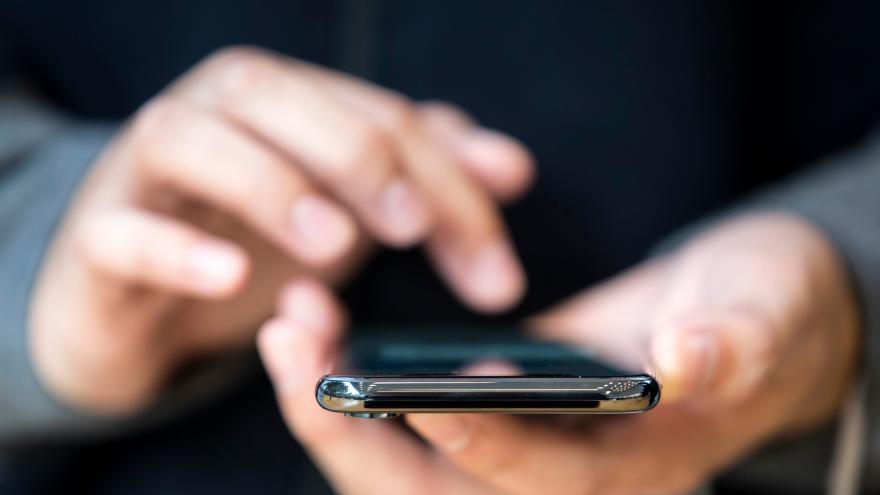 (CNN) -- One of the biggest consumer headaches has eased up at least in part due to the pandemic.

Americans experienced a drop in the amount of robocalls flooding their phones in April, helped byinternational call centers being shut down during the global pandemic and government efforts to stop Covid-19-related scams.

The number of robocalls made to US phone numbers last month was the lowest in two years, according to new data provided to CNN Business from YouMail, a robocall-prevention service that tracks robocall traffic across the country. This includes both scam and legitimate calls, such as payment reminders from banks.

YouMailsaidAmericans received about 2.86 billion calls in April, a 30% drop from the month before and down 40% from February. At their peak in October 2019, about 5.66 billion robocalls were placed to the US in a one-month period.

The decline coincides with the shuttering of call centers in countries such as India, Pakistan and the Philippines, where workerswho are placing unwanted robocalls don't own laptops to support working from home and some have lost their jobs or been furloughed.

"Call centers are closed or running at much lower capacity due to social distancing around the world," said Alex Quilici, CEO of YouMail. "There's no point to robocall people if there's no one there on the other end [to field it] when someone 'presses 1' or returns a call."

According to the most recent data compiled by YouMail, Americans received about 58.5 billion robocalls in 2019.

Hiya,a service that provides profile information to some telecom companies to help consumers identify incoming calls and block unwanted ones, has also seen a decrease in fraud calls in recent months.

"Given the timing, it's likely primarily due to the COVID-19 crisis as, much like every industry, phone scam operations have certainly been disrupted by lockdowns and stay-at-home orders over recent weeks," said Hiya COO Kush Parikh. But he also attributed the dip to government actions.

Last month, the Federal Trade Commission andFederal Communications Commission sent letters to gateway service providers -- the first carriers in the US that take in international traffic and put it on the country's telephone network -- demanding they stop coronavirus-related scam robocalls from targeting American consumers. Scammers have implemented new tactics related to the pandemic, such as ones that target victims' stimulus checks and unemployment benefits, or offering fake Covid-19 tests.

In partnership with the government, the USTelecom's Industry Traceback Group has seen success in cutting off these types of scams by tracing calls to the source and keeping illegal calls off US networks in the first place, according to the group.

"These providers could face civil and criminal penalties, including fraud," said Patrick Halley, senior VP of policy and advocacy for USTelecom. "That level of enforcement makes people double check who they are doing business with and if they should put it on the network."

The FCC's efforts to crack down on scam calls has been a years-long battle, but the telecom industry is working on a tool called Stir/Shaken to identify and trace unwanted robocall efforts. The initiatives are still underway, but Halley believes the push to curb Covid-19-related scams has played a key rolein the latest dip.

"A few factors are at play, including the shutting down of call centers, but the FCC and FTC have been very publicly, actively and aggressively addressing any scams related to the coronavirus, and it's really working," he said.

While the overall number of robocalls is going down, the number of legitimaterobocalls from government officials, hospitals and schools is on the rise with information for the public. Hiya is among the organizations working to register emergency numbers and label calls from testing centers to show up as "Covid-19 Test Results" on users' phones. The company says the efforts "have seen drastic improvements in pick-up rates."

But the decline in unwanted robocalls likely won't last. "Phone scammers have shown resiliency over the years and constantly change their tactics to find new ways to exploit the public," Parikh said. "They will likely bounce back from the disruption caused by the Covid-19 crisis."

YouMail said it already saw an uptick toward the end of April, indicating Americans could receive more in May as global call centers come back online. But many have not yet reopened.

"Robocalls are going to come back steadily as more and more people get back online and social distancing slows down," said Quilici. However, he doesn't think they'll return to the high levels experienced in October 2019, citing more mitigation efforts from the government.

"But my guess is that we return to the 4.5 - 5 billion level before the summer is out," he added.