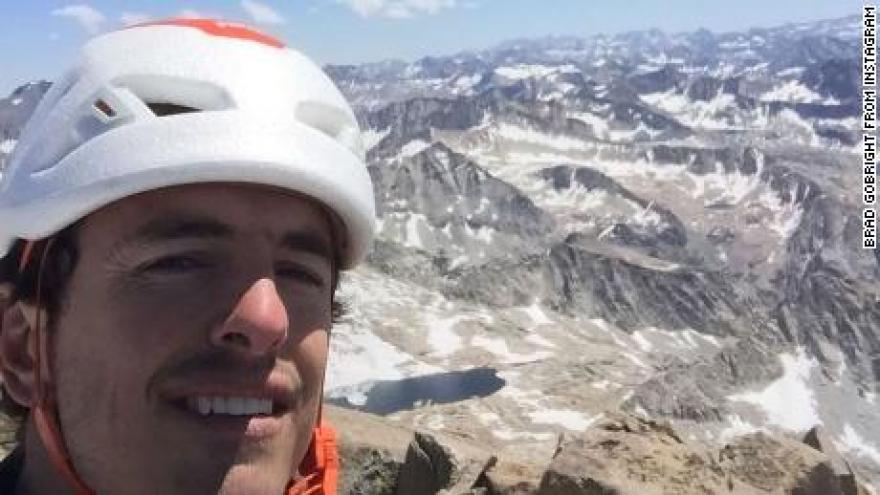 American rock climber Brad Gobright has died after a fall in northern Mexico.

The incident happened Wednesday at Sendero Luminoso in El Potrero Chico, the nation's civil protection agency said. Gobright, 31, of Orange County, California, was with a climbing partner when he fell nearly 985 feet.

Rescuers retrieved his body Thursday and treated his climbing partner, Aidan Jacobson, for injuries to his ankle and other parts of his body.

A fellow climber and a friend of the partner said Jacobson told him their rope got stuck, causing them to both fall 20-30 feet to the ledge below. El Potrero Chico is 31 miles northwest of Monterrey in Mexico's Nuevo Leon state.

Jacobson crashed into a bush, which broke his fall and stopped him from tumbling farther. "It pretty much saved his life," the friend, Ryan Borys, said. Jacobson told him he saw Gobright fall past him and over the ledge.

The State Department confirmed Gobright's death in Mexico. "We offer our sincerest condolences to his family on their loss. We are closely monitoring local authorities' investigation and are providing all appropriate consular assistance. Out of respect to the family during this difficult time, we have no further comment," it said.

Famed climber Alex Honnold, who was featured in the film "Free Solo," paid tribute to Gobright in a post on Instagram.

"He was such a warm, kind soul - one of a handful of partners that I always loved spending a day with," he posted. "... I'm just sad for Brad and his family. And for all of us who were so positively affected by his life. So crushing. Brad was a real gem of a man. The climbing world lost a true light."

Alice Hafer, one of Gobright's climbing partners, described her shock at news of his death.

"He had a magic about him on the rock, unlike anyone I've ever met," she said. "He was so supportive and encouraging, always pushing me harder and believing in me. I can't believe that not even a few weeks ago he was sitting next to me as we drove home from Arizona. I'll cherish those moments always."