American among airlines set to receive cash infusion from US government 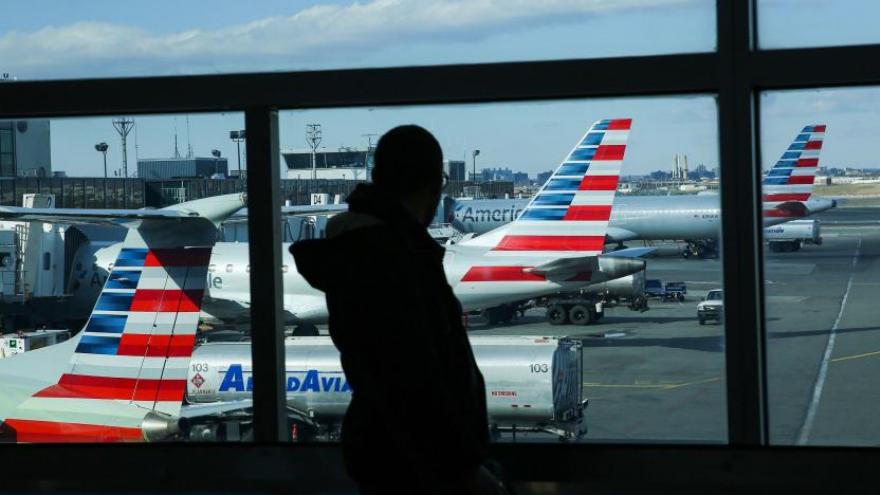 American Airlines and four other carriers are set to receive an infusion of cash from the government, the Treasury Department announced on July 2, 2020.

(CNN) -- American Airlines and four other carriers are set to receive an infusion of cash from the government, the Treasury Department announced Thursday.

American said in a letter to employees it will receive $4.75 billion, and expects to end the second quarter with $15 billion in liquidity.

Frontier Airlines, Hawaiian Airlines, Sky West Airlines and Spirit Airlines are also set to receive loans under the program, the Treasury Department said. It is not yet clear how much the other airlines will receive, nor the terms of the loans.

The airlines also tapped government support for payroll expenses earlier in the spring.

In March, American took a $1 billion loan "to strengthen our balance sheet." It recently announced additional plans to raise cash.

Tapping this loan program is the latest sign of the financial toll the coronavirus has taken on the airlines as demand for air travel remains far below pre-pandemic levels heading into what is typically one of the busiest air travel weekends of the year. American's memo on Thursday said its planes are now flying on average 63% full, up from 15% full at the low point. In June, the airline carried 4.2 million passengers -- compared to between 17 and 19 million each month last year.

Treasury Secretary Steven Mnuchin said in a statement announcing the loans that conversations about loans "continue" with other airlines.

"We are pleased that major air carriers intend to use this important program and for Treasury to use its authority under the CARES Act to provide much-needed financial assistance, while ensuring appropriate taxpayer compensation," Mnuchin said.

Treasury has "received approximately 200 applications requesting more than $34 billion" under the loan program, which is part of the CARES Act, according to a report last week from the Government Accountability Office, a watchdog arm of Congress.

The other airlines did not immediately comment when contacted by CNN on Thursday morning.