American Airlines has to add fuel stops after pipeline shutdown 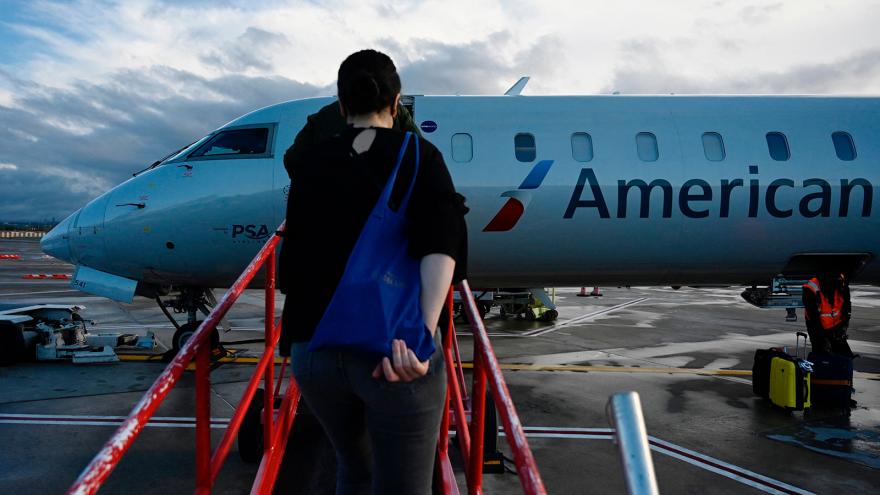 (CNN) -- American Airlines is adding stops on two long-range flights out of Charlotte, North Carolina, in response to fuel supply chain disruptions caused by the shutdown of the massive Colonial Pipeline.

"We are closely monitoring the situation and working around the clock to ensure that we have an adequate supply of fuel across our network," American said in a statement.

The stops are the latest headache for businesses and customers after a ransomware attack forced the pipeline — a critical artery that supplies nearly half the diesel and gasoline to the East Coast — to go offline Friday. Gasoline prices and demand have surged as motorists aggressively fill their tanks.

The pipeline also delivers jet fuel directly to airports in Atlanta, Charlotte, Baltimore, Nashville and Dulles International outside of Washington, DC. It supplies other major eastern airports, such as those in New York, through other pipelines with which it connects.

Delta Air Lines, based in Atlanta, Southwest Airlines and United all said they have not had to disrupt their schedules so far. Southwest said it is having fuel brought in by tanker truck.

But there is also a shortage of tanker truck drivers, leaving an estimated 20% to 25% of tank trucks parked, according to an industry trade group. The driver shortage has sparked concerns that even when the pipeline is back online, the start of the traditional summer driving season on Memorial Day weekend could cause many independent gas stations to run out of gas — particularly in vacation hotspots.