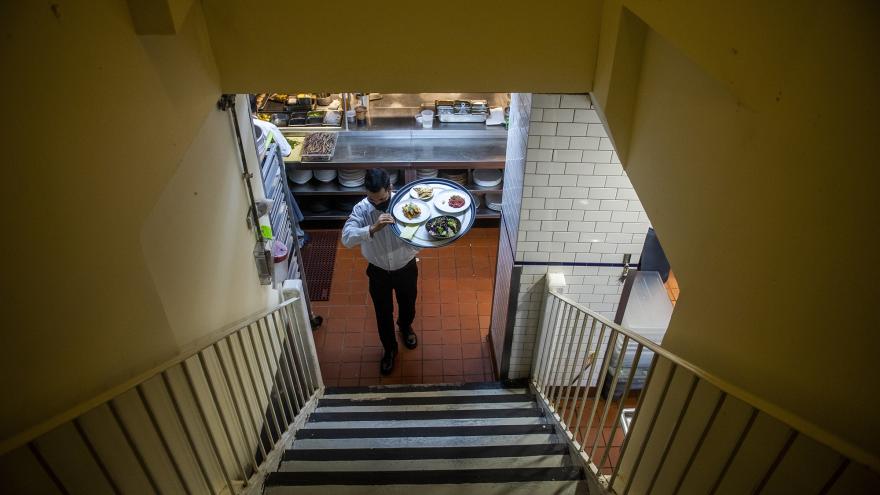 (CNN) -- America's labor market is roaring back, adding another 431,000 jobs in March and bringing the unemployment rate to a new pandemic-era low of 3.6%, the Bureau of Labor Statistics reported Friday.

Even though the job gains were lower than economists had expected, they still rounded up a strong first quarter for the US labor market with an average monthly gain of more than half a million jobs. March was the 15th straight month of robust job gains.

The economy is now just 1.6 million jobs short of where it was in February 2020, before the pandemic hit. That means the country is on pace to bounce back from the pandemic recession almost eight years faster than it took to recover from the Great Recession.

Several labor market measures are already close to their pre-Covid levels, the BLS said Friday. That includes the total number of unemployed people, which fell to 6 million in March, as well as the number of permanent job losers, which declined to 1.4 million.

As things are normalizing and workers return to their offices, the number of people working remotely because of the pandemic also declined, falling to 10%in March from 13% in February.

"Despite concerns about inflation and the Russia-Ukraine war, American businesses are still hiring at full throttle, while more people are returning to the labor force (including retirees), likely drawn by higher wages," said Sal Guatieri, senior economist at BMO, in a note to clients. "That's great news for the economy."

US businesses are having to increase pay in order to attract staff as job openings remain near record highs. Average hourly earnings increased by 13 cents to $31.73 in March. That puts the average increase over the past 12 months at 5.6%. While that would be phenomenal wage growth in normal times, the high pandemic-era inflation makes it pale in comparison. In February, the Personal Consumption Expenditure price index rose by 6.4% from the same period a year earlier, for the fastest increase since January 1982.

Between the ongoing worker shortage and rising prices for goods and services, wages are unlikely to come down any time soon, "fanning the inflation flames," Guatieri said.

That means the Federal Reserve, whose job includes keeping prices stable, will need to continue its series of monetary-tightening moves. In March, the central bank raised interest rates by a quarter-percentage point for the first time since 2018 in order to rein in high prices. Market expectations for a bigger interest rate hike in May rose following Friday's employment data.

This is a developing story. It will be updated