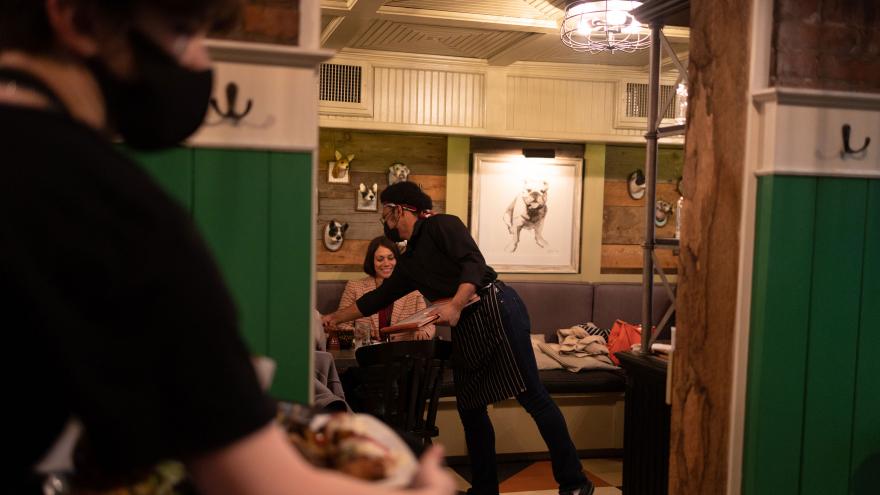 (CNN) -- After an electric economic recovery from the pandemic, the job market is showing signs of returning to normal. It's still growing at a remarkably strong pace, but the months of millions of jobs added are probably over.

America's employers added 428,000 jobs in April, the same as in March, the Bureau of Labor Statistics reported Friday. That's undeniably good news: America remains 1.2 million jobs in the hole from the early days of Covid, when nearly22 million jobs vanished over the span of two months.

The unemployment rate, which had been expected to fall to a pandemic-era low, held steady at 3.6%. That's just a tick above the pre-pandemic level of 3.5%, which matched a 50-year low first set in 2019.

Although last month's number was larger than the391,000thateconomists had predicted, the slowdown in job growthis no surprise. It is partly due to the fact that the recovery has come a long way and was bound to slow down at some point. And it's also partly due to the labor shortage that makes finding workers to hire more difficult.

"The April report might not be as stellar as recent releases, but it still depicts a very strong labor market," said Indeed economic research director Nick Bunker in emailed comments. "The current clip of job gains is remarkable given how tight the labor market is."

Prior to the pandemic, the US economy was adding, on average, fewer than 200,000 jobs during the Trump administration. So the Biden administration's constant reminder that the economy remains strong is undoubtedly true.

Last month, most positions were added in the leisure and hospitality industry. Manufacturing, and transportation and warehousing also added a significant number of jobs.