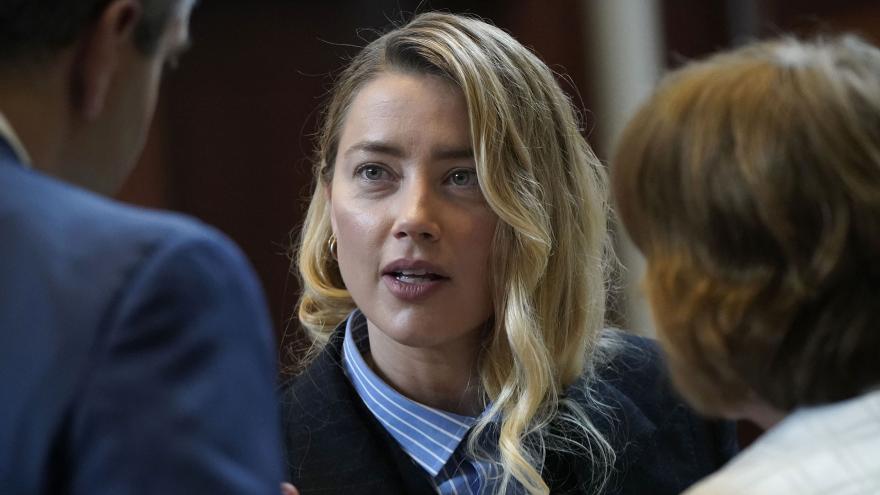 (CNN) -- Amber Heard has resumed testifying in the $50 million defamation case with ex-husband Johnny Depp on Monday, following a week-long break in proceedings.

Depp has accused Heard of defaming him in a 2018 op-ed for the Washington Post. In the piece, which published roughly two years after they divorced, Heard described herself as a "public figure representing domestic abuse." Though Depp was not named in the article, he claims it cost him lucrative acting roles.

Depp spent four days on the stand last month giving his own testimony, which included a cross-examination.

Depp's team rested their case on May 3.

Heard began her testimony on May 4. She is likely to finish her direct testimony Monday, after which cross-examination by Depp's attorney would begin.

"The one thing we suspect Depp's attorneys will avoid is the central issue of this trial: does Amber or any woman have the First Amendment Right of Freedom of Speech," a spokesperson for Heard said in an emailed statement to CNN on Monday.

Depp and Heard last appeared in court on May 5 before proceedings were put on hold for a previously scheduled break.

Judge Penny Azcarate said before the break that closing arguments are expected on May 27, followed by jury deliberations.