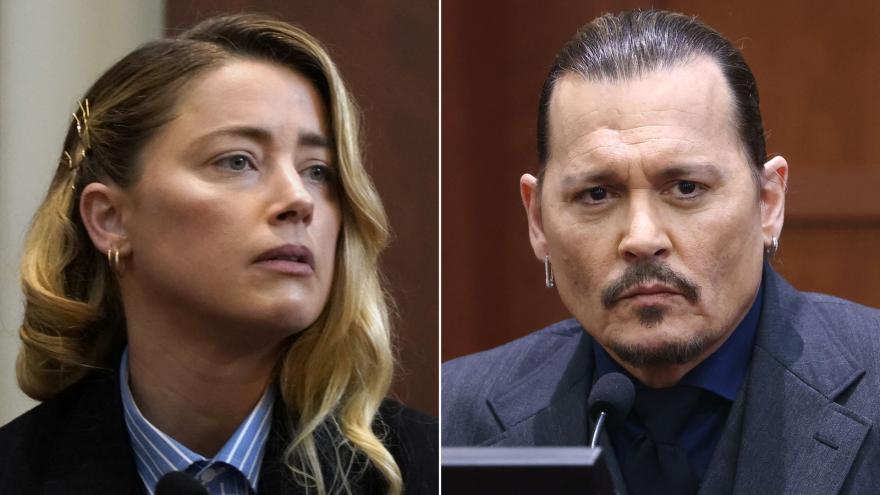 (CNN) -- Attorneys for Amber Heard have asked the court to declare a mistrial and order a new trial in the defamation case with her ex-husband Johnny Depp.

In court documents dated July 8 in the circuit court of Fairfax County, Virginia, which supplemented an earlier filing, attorneys for Heard claim the information on the jury panel list sent to counsel ahead of trial appears does not appear to match the demographics of one of the jurors.

Juror 15 was apparently born in 1970, but the summons to be a juror was for someone of the same last name born in 1945, the court documents claim.

"Juror No. 15 was not the individual summoned for jury duty on April 11, 2022 and therefore was not part of the jury panel and could not have properly served on the jury at this trial," the memorandum reads. "Therefore, a mistrial should be declared and a new trial ordered."

The documents state that Juror 15 and the individual originally summoned to serve on the jury both live at the same address.

"As the Court no doubt agrees, it is deeply troubling for an individual not summoned for jury duty nonetheless to appear for jury duty and serve on a jury, especially in a case such as this," the filing continues.

It's unclear if the court was aware of the alleged error prior to the trial.

The court filing argues that Heard's due process was compromised if the individual was not the same individual on the list, or if the clerk did not verify his or her identity.

Heard and Depp were both found liable for defamation in their lawsuits against each other last month, but the jury awarded $15 million in damages to Depp and only $2 million to Heard.

In a filing last week, Heard's lawyers previously raised the potential issue of the juror and claimed the damages awarded to Depp were excessive and unsupported by the evidence at trial. They also accused Depp of relying on "time-barred and judicially privileged statements as the basis for his defamation by innuendo claims."

CNN's Kristina Sgueglia and Mirna Alsharif contributed to this report.