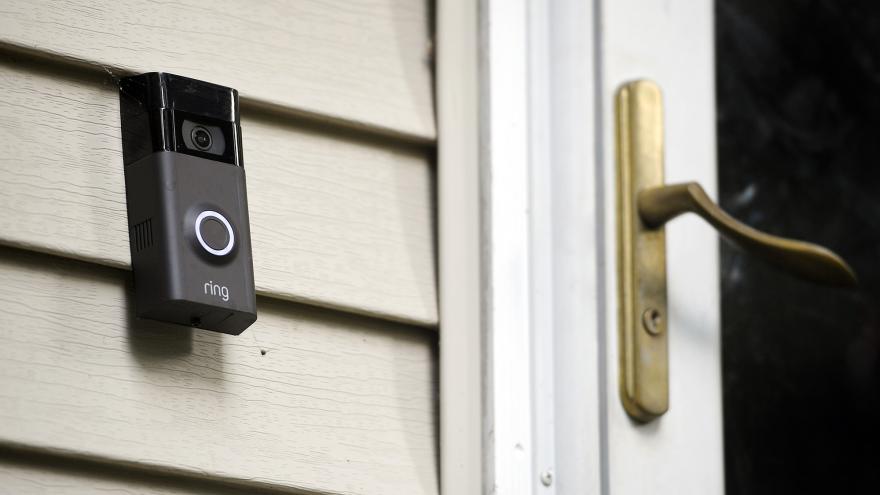 (CNN) -- Amazon's smart-doorbell company, Ring, has provided surveillance footage to law enforcement without a warrant or the consent of doorbell-owners 11 times this year alone, according to a letter Amazon (AMZN) sent to Congress earlier this month.

The disclosure highlights the degree of Amazon's control over data generated by the doorbells' cameras and microphones, as well as its deepening relationships with thousands of police departments across the country.

The July 1 letter responding to questions by Sen. Ed Markey and made public by his office on Wednesday shows that Ring frequently makes its own "good-faith determinations" as to whether to provide surveillance data to law enforcement absent a warrant or the consent of the doorbell owner.

Under its policies, Ring "reserves the right to respond immediately to urgent law enforcement requests for information in cases involving imminent danger of death or serious physical injury to any person," the letter read. The company also requires police to fill out a special "emergency request form" if there is an urgent need to bypass the normal law enforcement process, according to the letter.

In each of the 11 cases this year, Amazon's VP of Public Policy Brian Huseman wrote, Ring determined that the police requests met the imminent-danger threshold and provided the information "without delay."

Huseman's letter said Ring currently partners with 2,161 law enforcement agencies (and 455 fire departments) that can request surveillance data from Ring doorbells — a figure that Markey, in a release, said represented a five-fold increase from November 2019.

Separately, the letter declined to commit that Ring will never use voice recognition technology in its doorbells and rejected Markey's request that Ring cameras stop automatically recording audio by default when they take video footage.

"As my ongoing investigation into Amazon illustrates, it has become increasingly difficult for the public to move, assemble, and converse in public without being tracked and recorded," said Markey in a statement. "We cannot accept this as inevitable in our country. Increasing law enforcement reliance on private surveillance creates a crisis of accountability, and I am particularly concerned that biometric surveillance could become central to the growing web of surveillance systems that Amazon and other powerful tech companies are responsible for."

Asked for comment, a Ring spokesperson said the law "authorizes companies like Ring to provide information to government entities if the company believes that an emergency involving danger of death or serious physical injury to any person, such as a kidnapping or an attempted murder, requires disclosure without delay. Ring faithfully applies that legal standard."

"It's simply untrue that Ring gives anyone unfettered access to customer data or video, as we have repeatedly made clear to our customers and others," the spokesperson added.