Amazon to buy One Medical for $3.9 billion as it expands healthcare footprint 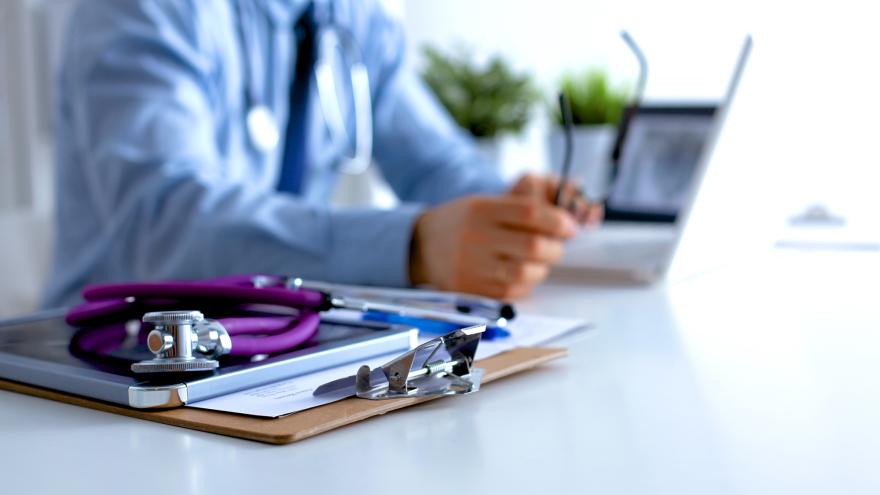 (CNN) -- Amazon on Thursday said it has entered an agreement to acquire primary healthcare company One Medical in an all-cash deal valued at approximately $3.9 billion.

One Medical is a membership-based primary care service that promises customers "24/7 access to virtual care." The company operates in a dozen major US markets, according to its website, and works with over 8,000 companies to offer One Medical health benefits to their employees.

In a statement Thursday announcing the acquisition, Neil Lindsay, senior vice president of Amazon Health Services, said the e-commerce giant thinks "health care is high on the list of experiences that need reinvention." Lindsay added that Amazon hopes to be one of the companies "that helps dramatically improve the healthcare experience over the next several years."

The acquisition is just the latest example of the tech giant expanding its footprint in the healthcare industry. Amazon acquired PillPack, an online pharmacy, in 2018 and later launched its own digital pharmacy in the United States. Separately, Amazon partnered with JP Morgan Chase and Berkshire Hathaway on an effort to provide better health care services and insurance at a lower cost to workers and families at the three companies, and possibly other businesses, too. That effort, called Haven, shut down last year.

Amazon in recent years has broadened its empire from online retail to entertainment, groceries and more, increasing its vast reach into the lives of consumers in the process. The One Medical acquisition would be one of the largest in Amazon's history. Amazon agreed to buy grocery chain Whole Foods in 2017 for $13.7 billion and earlier this year closed an $8.5 billion deal to buy iconic Hollywood movie studio MGM.

With the One Medical deal, Amazon would gain access to physical health clinics and "payer and hospital system relationships," Evercore ISI analyst Elizabeth Anderson said in a note Thursday morning.

Headquartered in San Francisco, One Medical has seen demand for its services surge in recent years amid the Covid-19 pandemic and the rise of the telehealth sector. In its most-recent quarterly earnings report, One Medical said it had a total membership count of 767,000, up 28% year-over-year. One Medical went public in January 2020.

The deal remains subject to approval from One Medical's shareholders and regulators.

Nicholas Economides, a professor of economics at New York University's Stern School of Business, said he is skeptical the deal may trigger much formal antitrust scrutiny. He compared the One Medical acquisition to Amazon's earlier purchase of Whole Foods, saying that Amazon's preexisting marketshare in both industries was rather small at the time of the respective deals. Traditionally, antitrust regulators have closely scrutinized mergers that might eliminate a competitor from within the same market, but have rarely objected to deals where one company acquires its way into an adjacent industry.

"The grounds for intervention are even weaker in this case than in Whole Foods, because to some extent Amazon is a marketplace for selling food, so to a small extent it was a competitor to Whole Foods before the merger," Economides said. "Here, I don't see Amazon having a significant business in healthcare."

Some tech industry critics, however, were quick to raise concerns about the deal, and the data to which the company could gain access.

"Amazon having back door access to private health care data is frankly a terrifying thought and calls into focus how desperately Congress needs to pass antitrust reform to prevent these tech giants from abusing their monopoly power," Sacha Haworth, executive director of the Tech Oversight Project advocacy group, told CNN Business in a statement.

Although Amazon's latest deal may not raise red flags under a traditional antitrust rubric, the announcement comes as officials at the Federal Trade Commission, the Justice Department and in Congress have sounded a tougher note on large tech platforms and vowed to get more creative — and aggressive — about enforcing competition law. Some US lawmakers are urgently pushing to pass a bill that could erect new barriers between tech giants' various lines of business, preventing them from using their massive scale in multiple verticals as a kind of force multiplier that critics say harms competition.