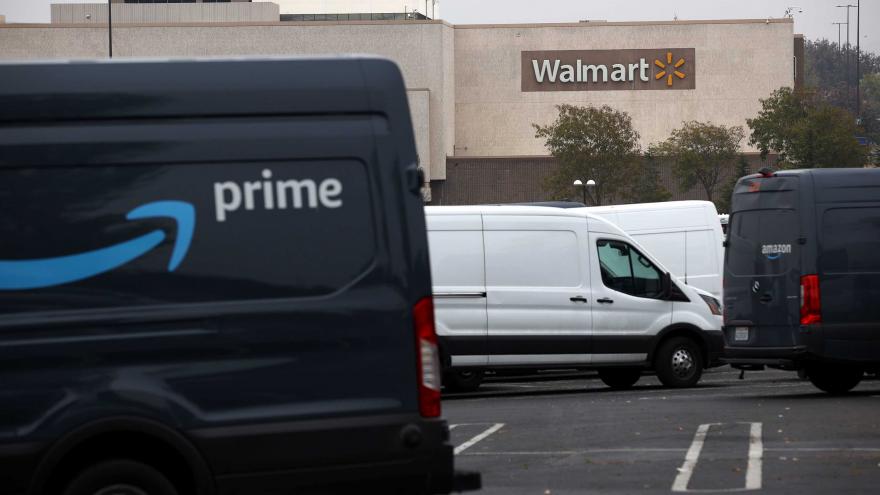 (CNN) -- Whole Foods shoppers may have received a shock this week if they noticed a new $9.95 delivery fee on orders placed through Amazon Prime.

The fee was put in place to help cover delivery operating costs like equipment and technology without raising product prices, a Whole Foods spokesperson told CNN Business. Whole Foods delivered three times as many orders in 2020 as it did in 2019, the spokesperson added, as the pandemic deepened customers' dependence on delivery.

Although the fee is new, some Prime perks will remain, including free pickup on orders over $35 and exclusive discounts.

In an email to customers last week, Walmart announced that anyone who signed up for Walmart+ — the retailer's version of Prime — on Monday, would receive $9.95 back.

"Because customers deserve a grocery delivery service that won't leave a Whole in their wallet for delivery fees — whoops, typo," the email reads.

Walmart's snarky response is just the latest in the competition between the two mega-retailers.

In August, Walmart launched its own delivery service, GoLocal. The service delivers goods to customers from other business' websites, and is a part of Walmart's strategy to expand its offerings. Home Depot was the service's first partner earlier this month.

Both Walmart and Amazon have also already started rolling out Black Friday deals, too.

Amazon began offering "Black Friday-worthy" deals earlier this month. Walmart will introduce its "Black Friday Deals for Days" promotion for the second year in a row starting November 3. The promotion includes sales during every week in November.