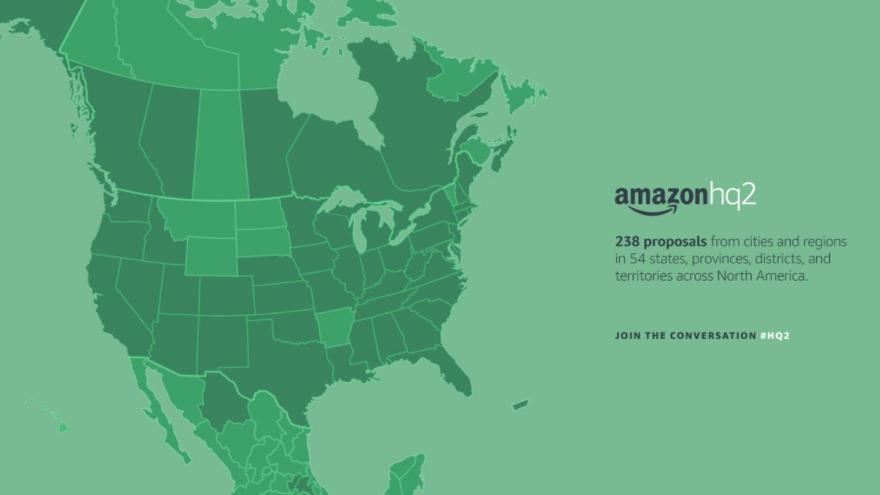 NEW YORK (AP) — Amazon says it received 238 proposals from cities and regions hoping to be the home of the company's second headquarters.

The online retailer kicked off its hunt for a second headquarters in September, promising to bring 50,000 new jobs and spend up to $5 billion. Proposals from cities, states and regions were due last week, and Amazon made clear that tax breaks and grants would be a big deciding factor on where it chooses to land.

Amazon.com has said the second headquarters will be a full equal to its Seattle home. The company says it will announce a decision sometime next year.