Amazon just had its biggest Prime Day ever -- but this year, it's not hyping that up 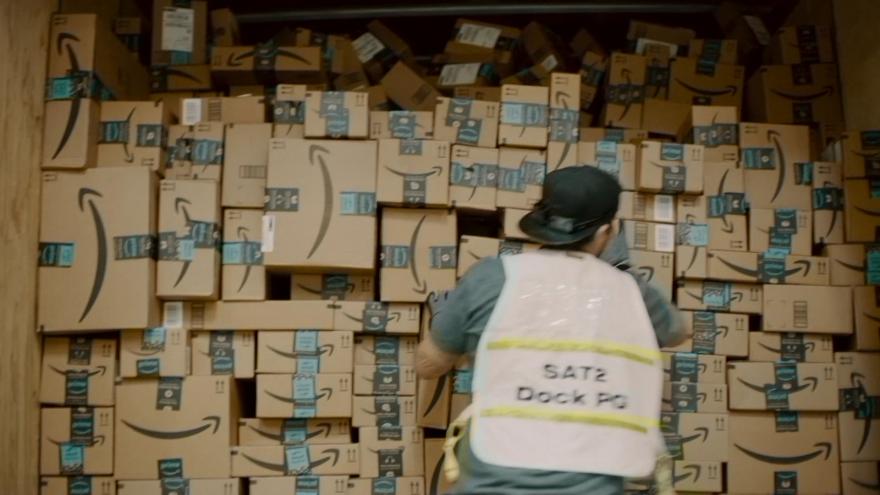 (CNN) -- Each year Amazon has held Prime Day, the retailer has touted that the savings event shattered prior Black Friday or company sales records.

But this year, Amazon took a different tack in its annual announcement on results from the shopping event, playing up how small businesses benefited from Prime Day instead. The change comes as Amazon faces intense scrutiny from lawmakers about its power over independent merchants that sell goods through its website and other tactics that critics argue stifle competition.

Amazon said in a press release Thursday that Prime Day, a two-day event that took place earlierthis week marked the "two biggest days ever" for small and medium-sized businesses. Prime Day usually takes place in July but was rescheduled this year due to the coronavirus.

"We are thrilled that Prime Day was a record-breaking event for small and medium businesses worldwide, with sales surpassing $3.5 billion—an increase of nearly 60% from last year," Jeff Wilke, Amazon CEO Worldwide Consumer, said in a news release Thursday.

Amazon highlighted that it would invest $18 billion this year to help small and medium-sized businesses "succeed in its store" and "designed this Prime Day to support small businesses even more—including funding a promotion that helped drive over $900 million in sales for small businesses in the two weeks leading up to Prime Day."

Amazon confirmed to CNN Business that this Prime Day was the best on record since the annual event started in 2015, but the company declined to include this detail in this year's official announcement. Amazon declined to provide a sales figure, but some analysts had predicted Amazon would make as much as $10 billion in sales this Prime Day.

The messaging strategy was a departure from years past.

One retail expert said Amazon's messaging signaled the company was trying to position itself as a small businesses ally as antitrust concerns mount. House lawmakers found that "Amazon has engaged in extensive anticompetitive conduct in its treatment of third-party sellers" in a report released earlier this month. (Amazon has dismissed these concerns as "misguided interventions in the free market" and "fringe notions.")

"Every one of the big tech platforms is trying to position itself as friends of the little guy during the pandemic," said Andrew Lipsman, analyst at market research firm eMarketer, who has studied Amazon for more than a decade.