Amazon is adding a 5% fuel and inflation surcharge 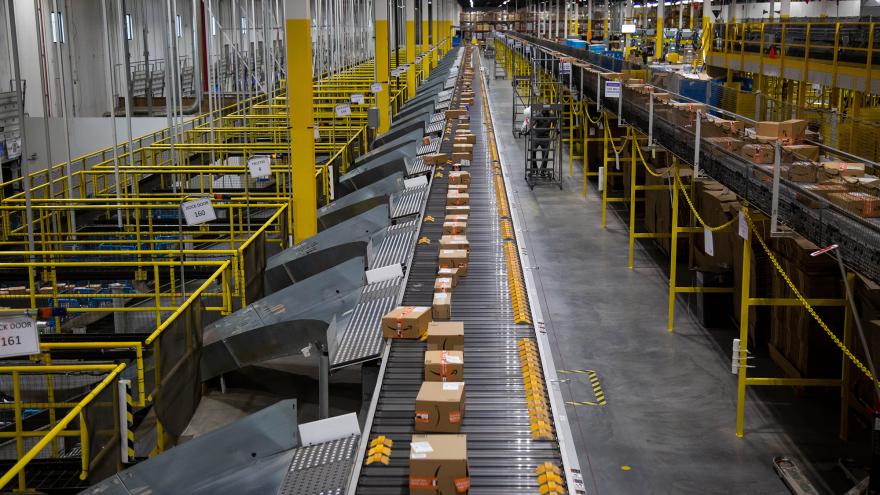 (CNN) -- Amazon said Wednesday that for the first time in company history it will charge sellers a 5% fuel and inflation surcharge.

The e-commerce giant said the new fee will begin April 28 and is being imposed because inflation has worsened significantly in recent months.

"In 2022, we expected a return to normalcy as Covid-19 restrictions around the world eased, but fuel and inflation have presented further challenges," Amazon wrote in memo that was provided to CNN by the company. "It is unclear if these inflationary costs will go up or down, or for how long they will persist."

Amazon spokesman Patrick Graham told CNN that the fee surcharge applies only to fee rates paid by sellers that choose to use Amazon's fulfillment services, which include storing, packing and shipping products. Others sellers that do not use Fulfillment by Amazon will not be impacted. News of the surcharge was first previously reported by Bloomberg News.

The fee hike is the latest example of how businesses are reacting to spiking energy and other costs. Uber and Lyft recently began tacking on temporary fuel surcharges to rides and airlines have been raising airfare.

Amazon's fee hikes on sellers could translate to higher costs to consumers as businesses seek to pass along rising expenses to their customers.

Suppliers sharply raised prices by 11.2% in March, the most on records that go back to 2010, the Bureau of Labor Statistics said Wednesday. Consumer prices spiked by 8.5% year-over-year in March, the biggest jump since 1981.

Amazon said in its memo that the company has attempted to minimize the impact of inflation.

"Like many, we have experienced significant cost increases and absorbed them, wherever possible, to reduce the impact on our selling partners," Amazon said. "When we did increase fees, we were focused on addressing permanent costs and ensuring our fees were competitive with those charged by other service providers."