Amazon gets closer to drone delivery with FAA approval 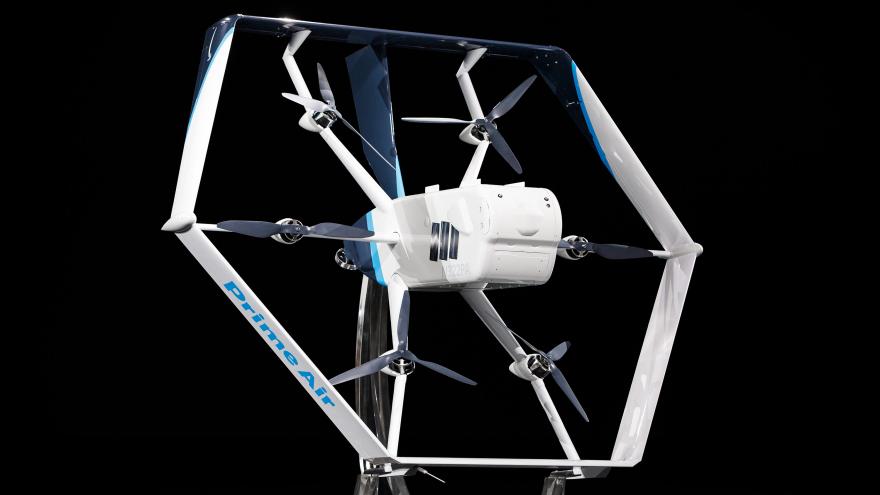 (CNN) -- Amazon received a critical certificate from the Federal Aviation Administration on Saturday, bringing it a step closer to launching drone delivery in the United States.

Amazon now has what's called a Part 135 air carrier certificate, which must be held before a company begins drone deliveries. Amazon said it would use the approval to begin to test deliveries but declined to say when or where the tests will take place.

Amazon said it validated more than 500 safety and efficiency processes as part of its application for the certificate.

The company has long said it plans to use drones to make deliveries in 30 minutes or less. CEO Jeff Bezos first announced the program in December 2013. Amazon says that today it has test centers in the United States and around the world, and has logged thousands of flight hours.

In December 2016, it made its first drone delivery in Britain.

Its progress has been slow going since. In June 2019, Jeff Wilke, CEO of Amazon Worldwide Consumer, said the company planned to deliver by drone within months, but hasn't yet. (Wilke will retire early next year.)

David Carbon, a former Boeing executive, joined Amazon and took the lead on its drone program this past March.

He called the certification an important step.

"We will continue to develop and refine our technology to fully integrate delivery drones into the airspace, and work closely with the FAA and other regulators around the world to realize our vision of 30 minute delivery," Carbon said.

Social distancing concerns during the pandemic have increased interest in using robots for delivery, but the technologies aren't ready yet for widespread use. The FAA is also still developing regulations needed for widespread drone use, such as the remote identification of drones.

Amazon is the third drone delivery company to receive the certification from the FAA. UPS and Wing, a subsidiary of Google's parent company Alphabet, both received their own in 2019. UPS has made medical deliveries at two North Carolina hospitals. It's also delivering prescriptions from a CVS in The Villages, Florida, according to a UPS spokesman. Wing launched drone delivery in Christiansburg, Virginia, in October 2019.