Amazon bans foreign seed sales in the US, after mystery packages sent to households 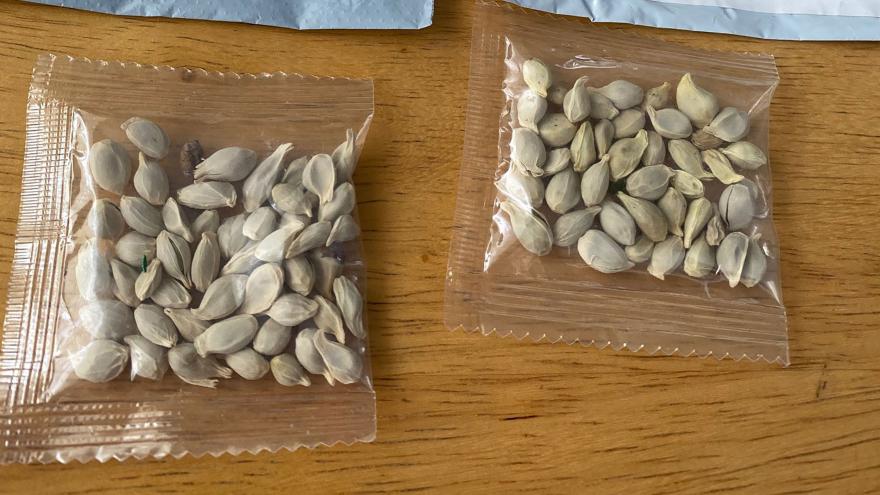 The retail giant's policy on plant and seed products, which was updated on September 2, prohibits the sale of seeds imported from outside the United States or sold by non-US residents. The new policy extends to both plants and plant products.

"Moving forward, we are only permitting the sale of seeds by sellers who are based in the US," Amazon said in a statement.

Sellers who don't comply with Amazon's policies could have actions taken against their account, which include listing cancellations, suspended or forfeited payments or being banned from selling on the site. It's unclear if the seed ban will extend to other countries.

Amazon's new rule comes after all 50 states were issued warnings by the US Department of Agriculture in July, after mystery packages of seeds had been sent to households in the US with postmarks from China. Some packages were mislabeled, specifying they included jewelry or beads, despite only containing a clear, plastic package of seeds.

Although its still unclear who is sending the seed packets or why, the USDA states it believes the unsolicited packages are a part of a "brushing scam."

"At this time, we don't have any evidence indicating this is something other than a 'brushing scam' where people receive unsolicited items from a seller who then posts false customer reviews to boost sales," the USDA said in a statement in July.

The federal agency says it's also intensifying its engagement with e-commerce companies to ensure they are in compliance with USDA regulations.

Several agencies have since been investigating the situation, including the Department of Homeland Security's Customs and Border Protection, the Federal Bureau of Investigation, the US Postal Service and state agriculture departments.

Agriculture officials have warned those who receive the packages to not plant them, as the unknown seeds could be invasive species that "wreck havoc" on the environment.

As of August 11, the USDA says its working with China to investigate the mass shipment of seed packages and how to stop future unsolicited imports. The USDA has collected over 8,507 packages from 50 states and completed 2,410 examinations of those packets, according to the agency. In total, 321 different species of seed have been identified.

So far, the USDA says no major problems have been found by experts examining some of the seeds from China.