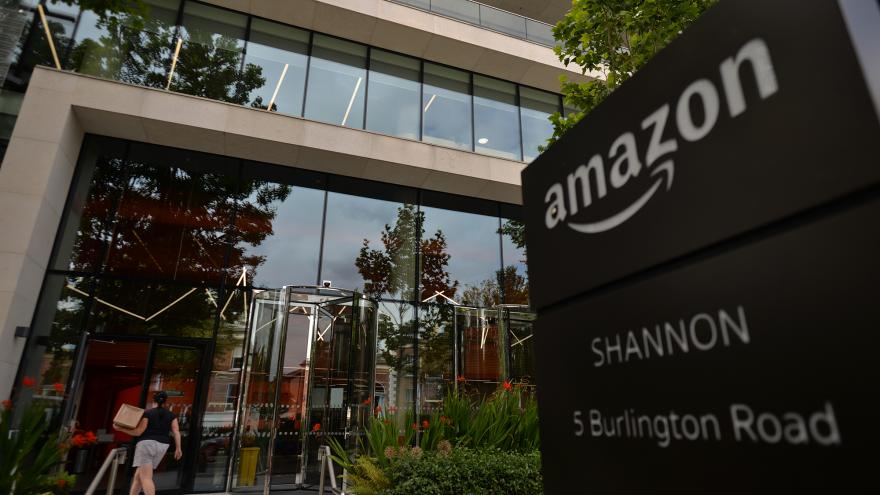 (CNN) -- After growing its workforce to more than 1.3 million people in 2020, Amazon is planning to hire another 55,000 employees globally in the coming months, the company announced Wednesday.

This is the first major hiring push since new Chief Executive Andy Jassy took the reins from Jeff Bezos in July. It comes ahead of the company's annual Career Day, which is slated for September 15.

Most of the new jobs will be in corporate and technology roles, which Jassy told Reuters are needed to help the company keep pace with demand in retail, advertising and cloud computing — business units that all got a boost during the Covid-19 pandemic. Amazon's effort to launch a constellation of miniature satellites into space to provide high-speed broadband access, dubbed Project Kuiper, is also staffing up, he said.

The new hires will grow Amazon's global corporate and technology staff, which currently total around 275,000, by 20%, the company said.

Amazon hired nearly 500,000 employees in 2020 (though some of that may have been due to the company's constant and significant turnover among hourly workers), and this latest effort stands to make this year's Career Day the company's largest ever.

The announcement came on the same day that Walmart — Amazon's competitor in online retail and logistics — said it is looking to hire 20,000 workers for its distribution and fulfillment centers.

It also comes as Amazon has faced intense criticism for its treatment of distribution center workers, and following a failed effort to unionize one of its warehouses in Alabama. In June, one of the largest unions in the United States approved a resolution to undertake a broader campaign to unionize the e-commerce giant's warehouse workers.