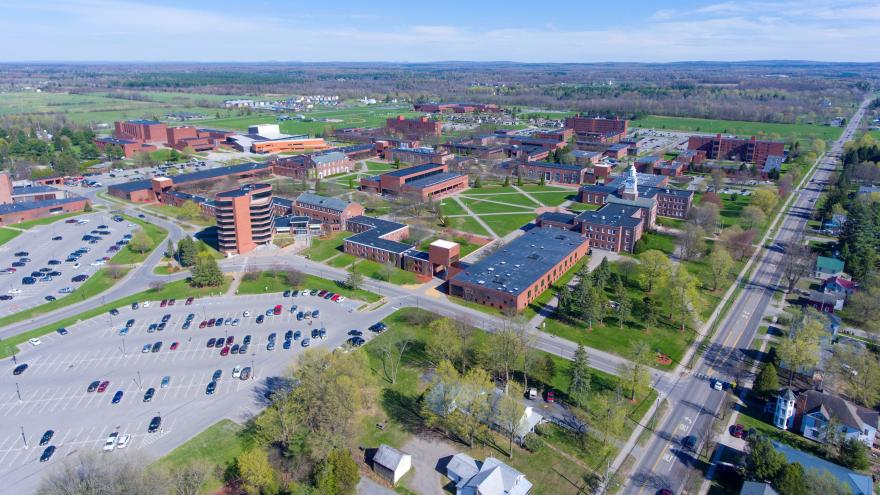 The victim, identified as Elizabeth Howell, was found on College Park Road, state police said in a news release. She was pronounced dead after being rushed to Canton-Potsdam Hospital.

He was arraigned in Potsdam court and is being held in St. Lawrence County Jail with no bail, state police said.

University officials say Snow has no affiliation with the university as a student, graduate or employee.

It is unclear whether Snow has an attorney.

Howell was a music education student at SUNY Potsdam's Crane School of Music and performed with the Crane Symphony Orchestra, according to social media posts from the university.

"She was an aspiring educator with a bright future ahead of her," one post read. "No words can express the sadness we share as a campus community following this tragic loss."

The university canceled classes for Monday and said it will hold a vigil and memorial concert in honor of Howell in the coming days or weeks.