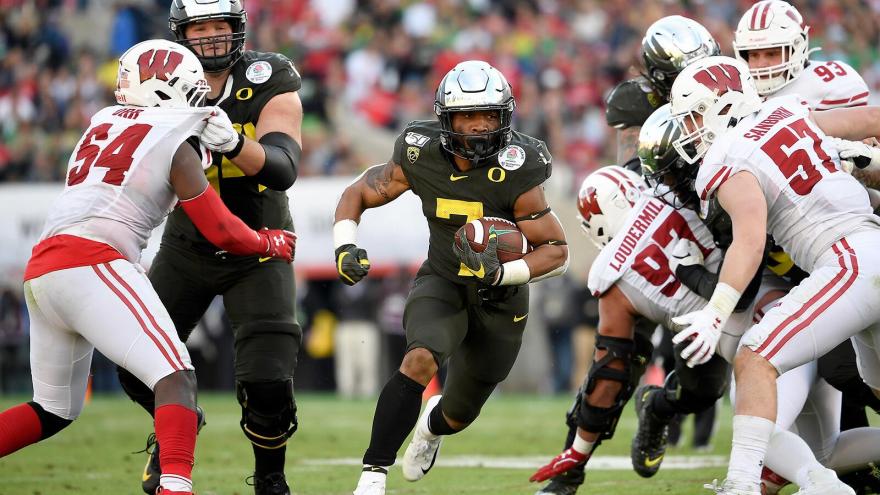 All 10 conferences in NCAA's Football Bowl Subdivision -- the top tier of college football -- now plan to play football this fall.

(CNN) -- It's official, all the top-tier college football conferences are now planning to play this fall.

The Mid-American Conference (MAC) and Mountain West Conference (MWC) were the latest two schools this week to announce an altered season. This means that all 10 conferences in NCAA's Football Bowl Subdivision -- the top tier of college football -- now plans to play football this fall.

The MAC, which suspended fall sports on August 8, announced Friday its plans to start a six-game, conference-only football season on November 4. The conference said it is not planning to allow general public attendance or tailgating at football games this season.

"The Conference will implement a COVID-19 testing program requiring four antigen tests per week with all positive tests needing confirmation with a polymerase chain reaction (PCR) test," the MAC said in a news release. "Any student athlete with a positive test will enter a cardiac screening protocol."

The MWC, which indefinitely postponed fall sports on August 10, announced Thursday its plans for an eight-game football season on October 24. The league plans to allow each member institution to make its own decision on fan attendance in accordance with state, county and local guidelines.

"Our student-athletes have voiced their desire to compete, and it is the Board's shared opinion that football can be conducted with appropriate mitigation," said Dr. Mary Papazian, San José State University President and Chair of the MWC Board of Directors.

The ACC and Big 12 have already restarted play, with the SEC set to follow Saturday. The Big Ten is scheduled to begin play the weekend of October 23 and 24.