All the cadets pictured giving a Nazi salute will be fired, West Virginia governor says 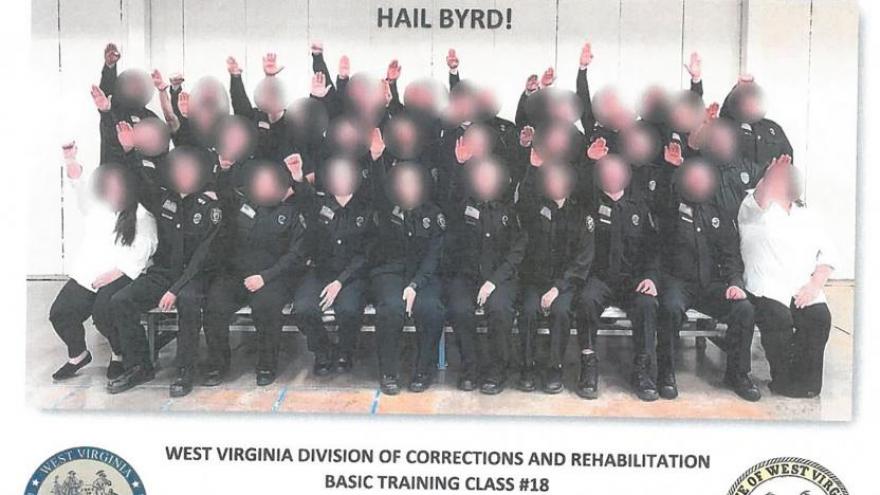 The image, discovered in early December, shows the members of the West Virginia Division of Corrections and Rehabilitation Basic Training Class 18 with one arm raised. The text above reads "HAIL BYRD!" in a reference to a training instructor for the class, according to the state Department of Military Affairs and Public Safety.

The governor condemned the training group's behavior in a statement on Monday.

"We have a lot of good people in the Department of Military Affairs and Public Safety," Justice said. "But this incident was completely unacceptable. Now, we must continue to move forward and work diligently to make sure nothing like this happens ever again."

Three staff members at the training academy will also be fired. Four other instructors who failed to report the photograph will be suspended without pay, he said.

The Department of Military Affairs and Public Safety released the image, with the faces of the trainees and employees blurred, earlier in December. A number of employees were suspended amid an investigation into why the group picture was taken.

Jeff Sandy, cabinet secretary for the Department of Military Affairs and Public Safety, recommended the cadets' firing to Justice.

He noted in his letter to the governor that some of the cadets "were aware of the connotations associated with the gesture, that they were uncomfortable with the practice ... and/or that they only followed what they perceived to be an order" because they feared they wouldn't graduate.

"Nonetheless," Sandy wrote, "their conduct, without question, has also resulted in the far-reaching and harmful perceptions that are the antithesis of the values we strain to attain."