All 4 members of 'The Squad' reelected to House 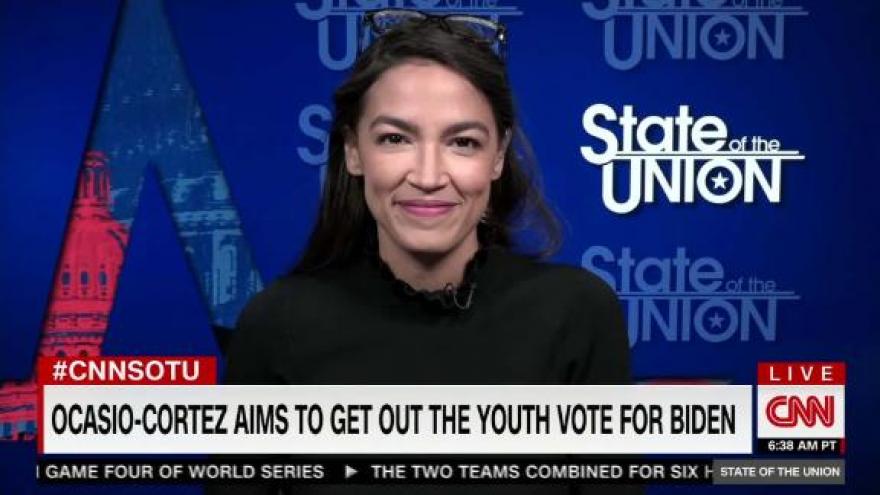 U.S. Rep. Alexandria Ocasio-Cortez (D-NY), here waiting tables at the Queensboro Restaurant, May 31, 2019 in the Queens borough of New York City, is reelected to the New York House seat.

Since taking office in January 2019, the lawmakers, all women of color, have electrified the left's progressive base and lit up social media, but have also attracted controversy and the ire of President Donald Trump.

None of the incumbents faced significant challenges in their first reelection bids this year.

The race for the deeply Democratic seat representing parts of Bronx and Queens in New York City was never considered competitive. Yet the high-profile first-term congresswoman, often called AOC, fundraised at an aggressive clip and faced well-financed opposition in her first reelection bid.

Ocasio-Cortez raised more than $17 million over the course of the campaign, while Cummings raised roughly $9.6 million and Caruso-Cabrera with more than $3.3 million, according to campaigns' fundraising reports filed with the Federal Election Commission.

The race also saw an abnormal amount of outside spending -- overwhelmingly against Ocasio-Cortez. One group, "Stop the AOC PAC" spent $68,370 on digital advertisements and voter outreach in opposition to Ocasio-Cortez.

In her first term, Ocasio-Cortez, 31, has built an army of loyal supporters across the country and she is already fielding calls to run for president. The self-styled democratic socialist is frequently singled out for attacks by Republicans including President Donald Trump for her liberal beliefs, including her "Green New Deal" proposal.

She was recently featured on the cover of Vanity Fair magazine's December issue, which led to a predictable news cycle of praise and condemnation that broke down along party lines. In the interview, Ocasio-Cortez said that authorities have reported various death threats targeting her in the short time since she took office.

Ocasio-Cortez first rose to prominence after defeating longtime Democratic Rep. Joe Crowley in the 2018 midterm elections, with no political experience of her own at the time.