Alex Trebek's widow Jean on his philanthropy and legacy 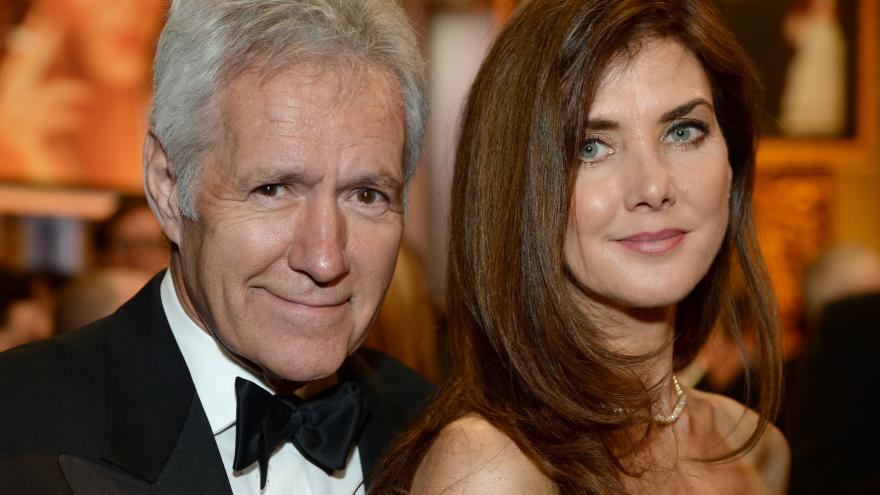 (CNN) -- Jean Trebek sees a great lesson in how her late husband continued to work even while he struggled with pancreatic cancer.

"Doing Jeopardy really gave him a sense of purpose, a reason to wake up in the morning," she told "Today's" Savannah Guthrie in an interview which aired Monday. "And I would say we all need that. We all need a purpose."

The beloved "Jeopardy!" host lost his battle with cancer last November. He was 80.

His widow talked to Guthrie about life since losing her husband of 30 years.

"I absolutely have moments of waves of grief that just come over me," Trebek said. "Still, really disbelief that he is -- that he is gone. I miss him a lot."

She also discussed his devotion to charity.

The couple helped to fund a new homeless shelter in Los Angeles for the charity Hope of the Valley which now bears their family name.

"He loved representing the underdeveloped countries, communities," Jean Trebek said. "You know, he really wanted to be a spokesman for the underdog."

That extended to his desire to be very public with his cancer diagnosis in an attempt to help others, she said.

"I think that is one of Alex's gifts was that he could be very resolute and know that the truth will not hurt you and he wanted to empower people to move through whatever challenge they had in life with a sense of inner strength, inner dignity and love," she said.