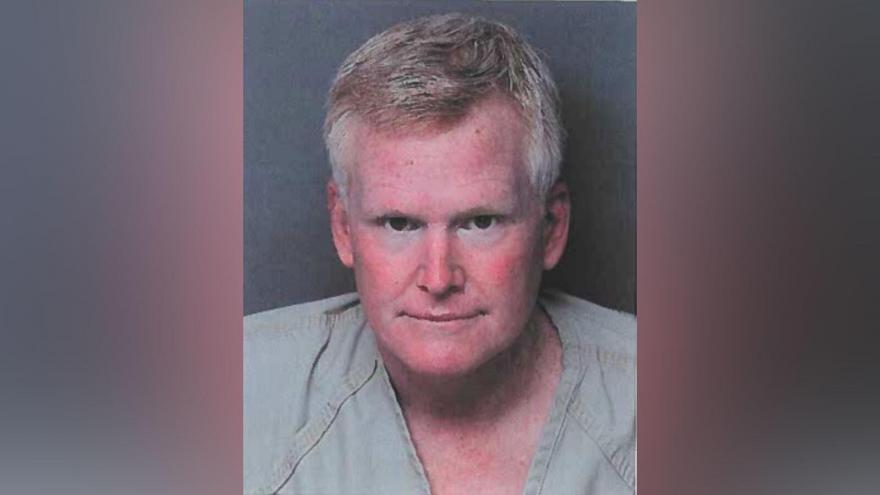 The new indictments bring to 71 the number of charges Murdaugh faces stemming from accusations he defrauded victims of nearly $8.5 million in various schemes.

CNN has reached out to Murdaugh's attorney for comment.

Murdaugh has been facing other charges, including those stemming from being shot in the head on a roadway in September and surviving. Authorities said he admitted the shooting was a conspiracy with a former client to kill him as part of a fraud scheme so his only surviving son could collect an insurance payout.

The September 4 shooting happened a day after he resigned from his law firm amid allegations he had misappropriated funds. The law firm filed a lawsuit against him in October alleging he converted firm and client money to his own personal use.

Authorities have said other investigations related to the Murdaugh family are underway, including into the June deaths of Murdaugh's wife and other son, who were gunned down at their family estate in Islandton. That case is unsolved. Murdaugh has denied responsibility in those deaths.

The investigations have gripped South Carolina's Lowcountry, where the Murdaughs have been a prominent family for decades. Three members held the office of 14th Circuit solicitor for 87 years, ending with Murdaugh's father, who left office in 2005.

Murdaugh is accused of allegedly stealing a settlement totaling at least $1 million from Pinckney's family.

Pinckney family attorney and state representative Justin Bamberg called Murdaugh a "predator," telling CNN he believes "$1 million is gone, and nobody knows where it's at."

Back in 2009, Pinckney -- deaf since he was a young child -- was severely injured when a tire tread on the car he was riding in came off, causing the car to overturn as it was going northbound on I-95 in Hampton County, South Carolina, according to the complaint filed against the manufacturer.

The accident rendered Pinckney, who was 19 at the time, a quadriplegic.

Pinckney's family hired Murdaugh, who sued the tire company on his behalf. According to Bamberg, Murdaugh arranged for Russell Laffitte, then-president of Palmetto State Bank, to serve as Pinckney's conservator since he could not represent himself.

After Murdaugh settled with the tire company, checks were written from Murdaugh's law firm to be made payable to Palmetto State Bank where Laffitte worked, according to an indictment.

Instead of the money going to the family, Bamberg said Murdaugh withdrew the money -- in some cases, in the form of money orders -- and claimed it as his own.

The money in the Pinckney case was never seen again, leaving Murdaugh and Laffitte responsible for the whereabouts of the funds, according to Bamberg.

"Palmetto State Bank is deeply concerned about the troubling allegations that have been made about Mr. Pinckney's settlement funds," the bank's counsel said in a statement to CNN. "The bank has taken immediate action under the leadership of its Board of Directors to obtain all of the pertinent facts and information. Palmetto State Bank intends to do what it can to right any wrongs that may have been committed."

CNN has reached out to both Murdaugh's lawyers and to Russell Laffitte but has not received a response from either. Laffitte was terminated from Palmetto State Bank earlier this month.

Pinckney died in a nursing home, two years after the accident. His mother, sister and niece survived the crash but were all severely injured and in need of the settlement money, according to the family's attorney.

"Every penny of this money was intended for these people to be able to take care of themselves and to live as comfortably as they can, even though their life physically changed forever and that is what he took from them," said Bamberg. "He didn't care that your son died. He wanted to win a lot of money and then take a lot of money at the same time."