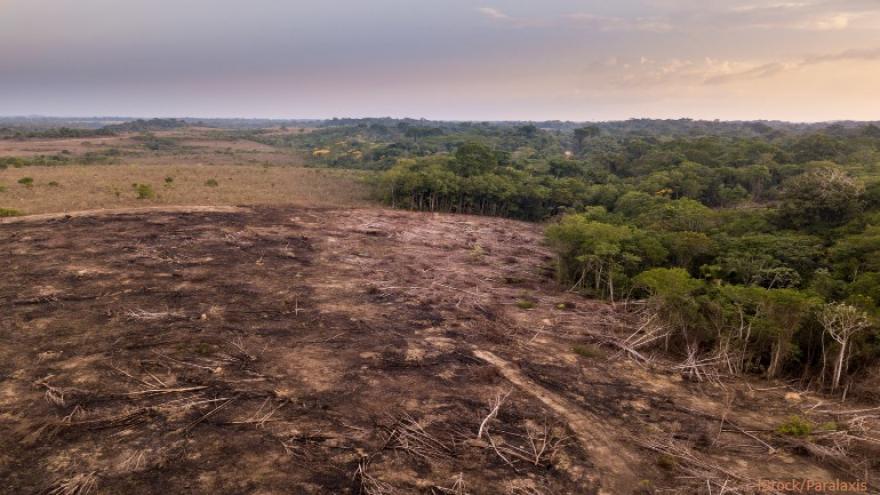 (CNN) -- Some of Europe's biggest supermarkets and food companies have threatened to stop buying agricultural products from Brazil if a bill they say would encourage deforestation in the Amazon becomes law.

In an open letter published on Wednesday, 40 grocers, food suppliers and investment firmsurged Brazilian lawmakers to reconsider a legislative proposal that would legalize the private occupation of public landthat has taken place since 2012. They say the bill poses "potentially even greater threats to the Amazon than before," following already high levels of deforestation.

Germany's Metro and discount chains Aldi and Lidl are among the signatories, as are British retailers Tesco, Sainsbury's, Asda, Marks & Spencer and Waitrose & Partners, and Dutch group Ahold Delhaize, which operates 21 brands mainly in Europe and the United States.

Legal & General Investment Management, one of Europe's largest asset managers, has also signed the letter, which said that the Amazon is "essential to the security of our planet" and "critical" to the future prosperity of Brazilians and "all of society."

The signatories said that existing protections and land designations had been "instrumental" in establishing trust that doing business with Brazil was consistent with their own environmental and social commitments.

"If [the bill] or other measures that undermine existing protections become law, we will have no choice but to reconsider our support and use of the Brazilian agricultural commodity supply chain," they said in the letter. "We urge the Brazilian government to reconsider its proposal."

Last month, Brazilian President Jair Bolsonaro said in a letter to US President Joe Biden that he is committed to ending illegal deforestation in the Amazon by 2030, but will need additional funds and resources. This commitment was reiterated at the US-hosted climate summit.

The signatories to Wednesday's letter said the proposed bill runs counter to this "narrative and rhetoric." Similar legislation was proposed last May but then withdrawn following pressure from some of the same European companies.

Destruction of the Amazon has surged under Bolsonaro, who has slashed funding to government-run environmental protection and monitoring programs, and pushed to open indigenous lands to commercial farming and mining. Much of this land is used to graze cattle for beef exports or to grow soy, which predominantly goes towards feeding animals, according to Greenpeace.

The Amazon is also a giant carbon sink and some of that carbon is released into the atmosphere when it is logged or burned.

This year alone, over 430,000 acres of the Amazon in Brazil has been destroyed, according to the Monitoring of the Andean Amazon Project (MAAP).

In 2020, primary forest loss amounted to 5.6 million acres across the nine countries the Amazon spans, two thirds of which occurred in Brazil, MAAP data shows. That represents a 17% increase on 2019 and the third highest annual total since 2000.

-- Rodrigo Pedroso in Sao Paulo contributed to this article.