Alcohol sales fell for the first time since the pandemic began 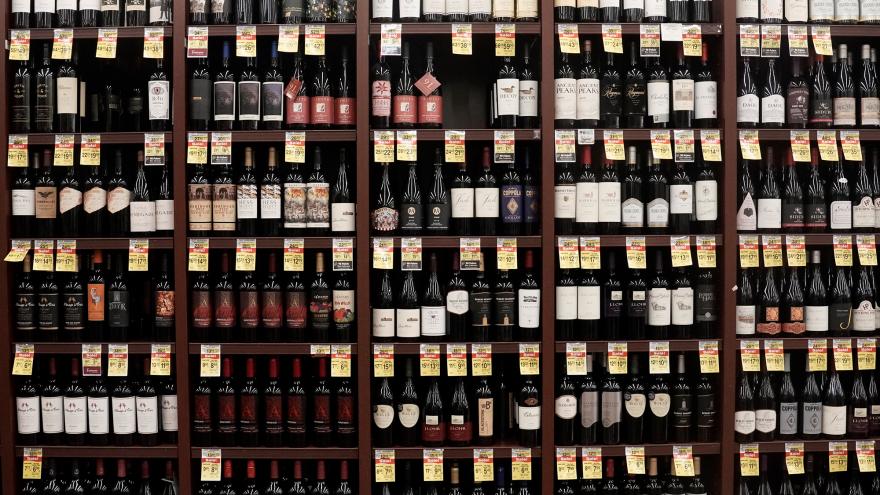 (CNN) -- The bender appears to be over for booming booze sales sparked by the pandemic.

For the first time in a year, since Covid-19 began spreading across the United States forcing Americans to stay home, retail alcohol sales have fallen. That's according to newly released data from Nielsen, which reported that total sales declined 1.9% for the week ending March 13.

This time a year ago, consumers stockpiled alcohol as shelter-in-place orders were implemented across several US states and bars and restaurants were closed or reduced service. As a result, retail alcohol sales shot up as much as 55% in March 2020 with spirits, wine and beer among the top sellers.

Now, that trend appears to be waning, according to Danelle Kosmal, vice president of beverage alcohol at NielsenIQ.

"We have officially surpassed one year of drastic shifts in consumer and shopper behaviors resulting from the pandemic in the United States. At this time last year, alcohol volume experienced massive shifts from the on-premise to off-premise," Kosmal said in a statement.

The decline also reflects the reopening of bars and restaurants, which contribute heavily to alcohol sales. Nielsen said Tuesday's report doesn't track that metric, which is known as on-premise sales.

In recent weeks, several new seltzers have hit the market including iced tea flavors of White Claw and a higher alcohol-by-volume offering from Truly. New options from Topo Chico and Spindrift also will soon be for sale.

Despite the declines, consumers are still buying lots of booze. Nielsen said that retail sales of spirits, wine and beer arestill roughly 20% to 30% higher this month compared to March 2019. The research firm warns that those trends will "flatten" in the coming weeks as more states reopen.