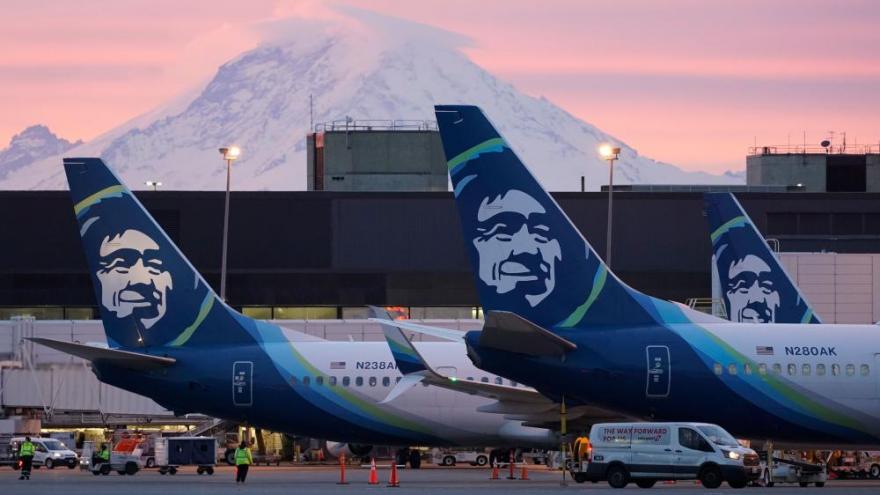 (CNN) -- An Alaska Airlines employee is alleging the airline's uniform policy discriminates against employees whose gender does not fall within the policy's binary "male" and "female" dress and grooming rules, according to a letter by the American Civil Liberties Union (ACLU).

Justin Wetherell, a flight attendant and flight-attendant instructor based in Seattle, said in an ACLU news release Friday that when working as an instructor, "I am not forced into Alaska Airlines' 'male' or 'female' uniform policies, neither of which fit me because I am non-binary."

"But when I work as a flight attendant, I am forced into one of two standards, often for up to four days at a time. I am willing to follow all of the elements of the uniform policy for professional attire, as I do when I work as an instructor, but I don't want to be forced into a binary uniform that excludes me and leads to me being misgendered at work," they said.

The ACLU release said the policy goes beyond clothing.

In its letter, the ACLU states that the uniform policy is a violation of the state's Washington Law Against Discrimination, which prohibits discrimination based on "sex" or "gender identity, self-image, appearance, behavior, or expression."

"By forcing our client and countless other employees to adhere to Alaska Airlines' rigid gender categories, the uniform policy demeans employees who do not conform to gender stereotypes and interferes with their ability to do their jobs," said Joshua Block, senior staff attorney with the ACLU's LGBTQ & HIV Project.

The ACLU letter states, "Employees who fail to adhere to Alaska Airlines' standards for 'male' and 'female' dress and grooming are subject to removal without pay and eventually termination based on their gender-related 'appearance, behavior, or expression' in violation of the WLAD's plain terms."

Wetherell requested accommodations in January, according to the ACLU letter, but the airline rejected their request, saying the uniform rules helped to maintain the airline's branding and to create a consistent image.

"Your requests are inconsistent with this business purpose," the airline wrote in a January 22 letter, according to the ACLU. "Alaska Airlines continues to permit employees to dress in a manner that is consistent with their gender identity or expression, while still complying with its uniform policy and grooming standards."

Alaska Airlines responded to the ACLU's letter and Wetherell's allegations in a statement Friday.

"Alaska Airlines has been a longtime supporter of the LGBTQ+ community. We have been a leader in the industry when it comes to inclusivity in our uniform and grooming standards, which have been informed by our employees and developed in accordance with federal and state laws. We are committed to making Alaska a place where everyone feels respected and belongs and proudly celebrate the diversity of our employees this Pride month and all year long," the airline said.

The company said it has introduced "several new guidelines" over the past year designed to give flight attendants "more inclusive uniform options" that include giving employees the choice to order uniforms or parts of a uniform no matter their gender identity.

"Starting later this month, we are set to introduce the ability to order these items online, giving employees greater ease of choice in the uniform selection process," the airline's statement read. "We will also implement new gender-neutral hair policies that will allow all flight attendants to wear their hair down when not handling food, regardless of gender."

The airlines' statement did not include comment on policies regarding jewelry, makeup or facial hair.

When CNN reached Wetherell for comment, they referred CNN to the ACLU attorney. The ACLU has not responded to a request for further comment.