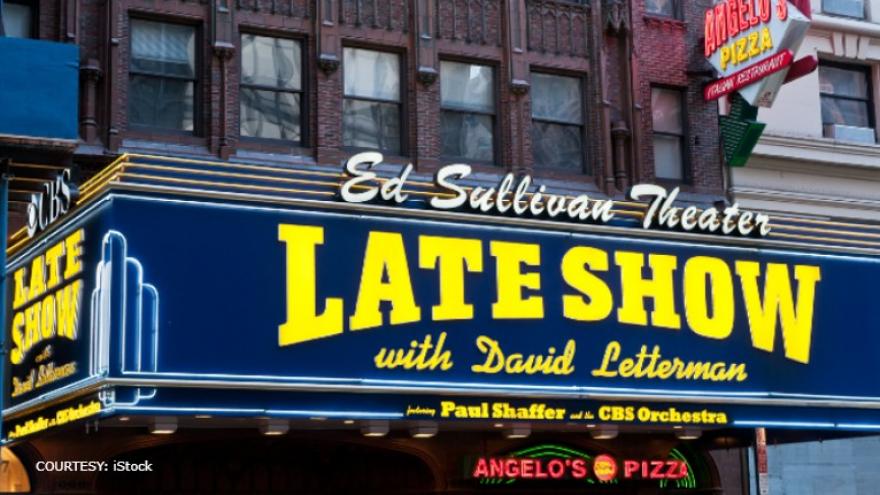 (CNN) -- Alan Kalter, the announcer on "Late Show With David Letterman," has died, according to Rabbi Joshua Hammerman of Temple Beth El in Connecticut.

Kalter died at Stamford Hospital, with his wife Peggy and his daughters Lauren Hass and Diana Binger by his side.

Kalter became the announcer on "Late Show" in 1995 and worked through until the show ended in 2015. He had replaced announcer Bill Wendell, who had retired.

"When our announcer of 15 years Bill Wendell retired, producer Robert Morton came to my office with an audio tape containing auditions for several announcers," Letterman said in a statement obtained by Variety. "Alan's was the first and only voice we listened to. We knew he would be our choice. Whatever else, we always had the best announcer in television. Wonderful voice and eagerness to play a goofy character of himself. Did I mention he could sing? Yes he could. He enthusiastically did it all."

Former "Late Show" writer Carter Bays wrote on Twitter, "Alan Kalter RIP. Between him and Tony Mendez it's a heartbreaking time. To us Late Show writers Alan was so much more than just the 'From New York...' guy. He was our muse. We loved writing for him. Such a cheerful presence on the show. And around the office. Rest easy Big Red."

In addition to his voice work on the show, Kalter often appeared in segments where he would pretend to get angry and storm off stage or sometimes rip his shirt off.

Kalter had also done many voiceovers for national radio and television commercials and also was the announcer for "To Tell the Truth," "The $25,000 Pyramid," "The Money Maze," and "The $100,000 Question."