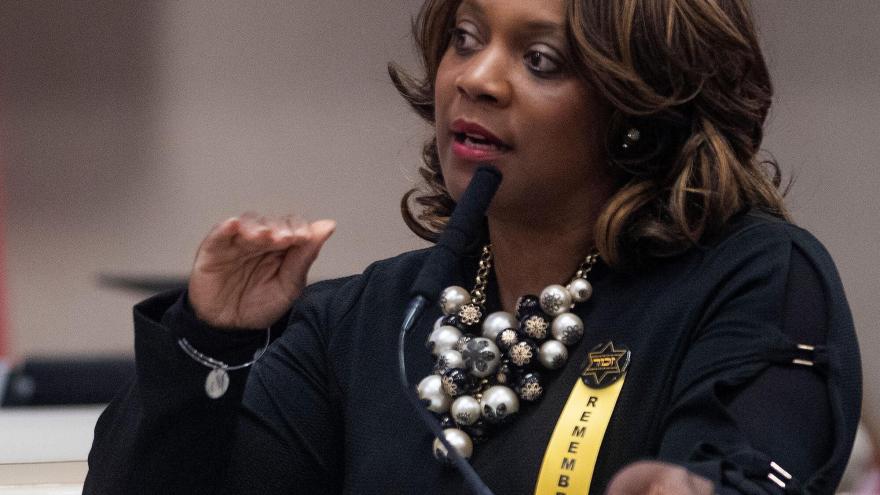 Alabama State Rep. Merika Coleman, pictured here during a 2019 debate, sponsored the amendment to remove racist and outdated language from the state's constitution, which passed on November 3.

(CNN) -- Alabama has voted to remove racist language from its constitution, CNN projects.

Although segregation hasn't been legal in Alabama since the 1950s, a section remains in the state's constitution requiring Black and White children to attend schools separated by race. There are also sections on poll taxes, the rights of men -- and only men -- to vote in the state and the statewide ban on interracial marriage.

Many of those sections have been repealed -- but the language has remained in the official document.

Now, after Amendment 4 was approved Tuesday with nearly 67% of the vote, state legislators can draft a "rearranged version" of the lengthy document that deletes the racist language and consolidates amendments that apply to the same city or county.

"This is a great day in the state of Alabama, where we show the rest of the country that we're not the Alabama of 1901, that we are a more inclusive Alabama that's documents reflect who we are today," said amendment sponsor state Rep. Merika Coleman said on Tuesday night, according to CNN affiliate WBRC.

However, the amendment passing doesn't mean that change will be immediate. The state Legislature will meet for a constitutional convention in 2022 to revise the document. Once it's revised, voters will need to approve the new constitution for it to become law.

This is the third time in 16 years this issue has appeared on the ballot. Voters rejected the amendment in 2004 and again in 2012. The issue also previously came up in the Legislature, but still failed to pass.