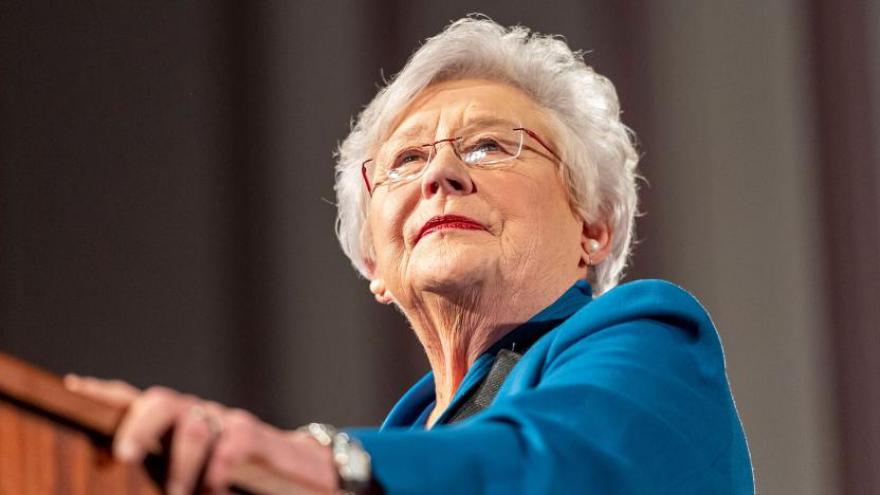 Gov. Kay Ivey called out "the unvaccinated folks" for the rise in Covid-19 cases in her state.

(CNN) -- Alabama Republican Gov. Kay Ivey on Thursday called out "the unvaccinated folks" for the rise in Covid-19 cases in her state, a remarkable plea at a time when many GOP leaders are refusing to urge people to get vaccinated even as Covid-19 cases surge in many parts of the country.

Alabama is the least vaccinated state in the country, with roughly 33.9% of residents fully vaccinated, according to data from the US Centers for Disease Control and Prevention. Average daily Covid-19 cases in Alabama are nearly double what they were a week ago, and more than four times higher than they were two weeks ago.

The unvaccinated, Ivey said, are "choosing a horrible lifestyle of self-inflicted pain."

"We've got to get folks to take the shot," she continued, calling the vaccine "the greatest weapon we have to fight Covid."

Alabama has received billions in federal relief funds from the stimulus package passed by Congress and signed by President Joe Biden earlier this year. The state has offered some small incentives to get vaccinated, including offering two laps around the Talladega Superspeedway in May. But unlike other states, Alabama has not used the federal relief money for an incentive program, scholarships or lotteries, AL.com has reported. Earlier this month, Ivey said there was no need for an incentive plan for vaccinations.

On Thursday, Ivey insisted that she's done "all I know how to do" in managing the situation. When asked what it would take to get more people to get shots, she replied, "I don't know, you tell me."

Ivey ended the state's mask mandate in April, at the time favoring personal responsibility rather than a government mandate. The CDC had announced in May that fully vaccinated people would no longer have to wear masks.

But now with the Delta variant spreading, experts are saying vaccinated and unvaccinated people should wear masks in areas where Covid-19 cases are high but vaccination rates are low.

Ivey on Thursday was asked by a reporter what it would take to implement a mask mandate, and replied that "I want folks to get vaccinated" and "why would we want mess around with just temporary stuff?"

The governor said she received both doses of the Covid vaccine in December.

"It's safe, it's effective, the data proves that it works, doesn't cost anything. It saves lives," she said.

Asked about whether she would recommend children who are too young to be vaccinated wear a mask when they return to school, Ivey said that the decision would be left up to school districts.

White House press secretary Jen Psaki said Friday that "we understand (Ivey's) frustration" over pockets of vaccine resistance when asked about the Alabama governor's comments and whether the Biden administration should take a sharper tone against unvaccinated people.

"I don't think our role is to place blame, but what we can do is provide accurate information to people who are not yet vaccinated about the risks they are incurring not only among on themselves, but also the people around them," Psaki said.

In recent days -- amid surges largely occurring in states former President Donald Trump won in 2020 -- increasing numbers of Republicans and conservative media figures have called upon Americans to get the vaccine after months of declining to press the issue. But many Republican leaders still won't say publicly? whether they are vaccinated and Trump himself has cast the vaccine in political terms, suggesting people aren't taking it because "they don't trust (Biden's) Administration."