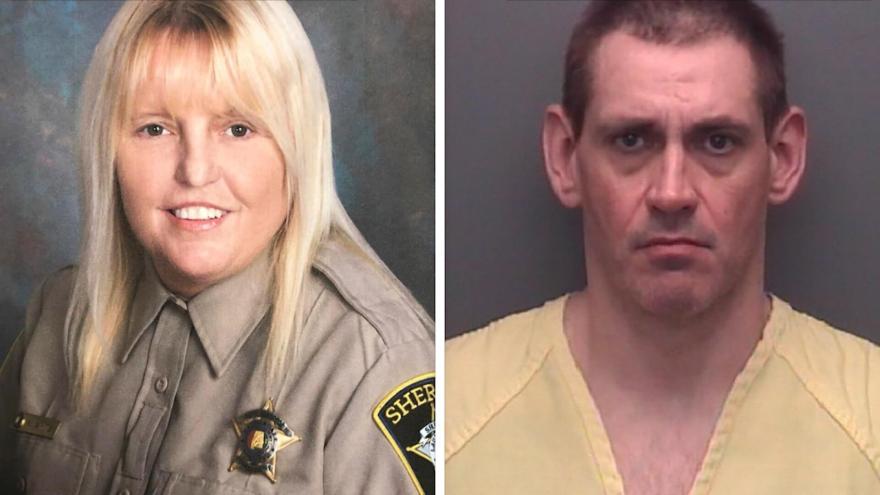 Alabama prison guard Vicky White and the dangerous inmate, Casey White, who she helped escape, spoke on the phone "over 900 times" in the months before their getaway from prison in April, including sexually explicit calls.

(CNN) -- Vicky White and Casey White, the Alabama prison guard and the dangerous inmate who she helped escape, spoke on the phone "over 900 times" in the months before their getaway from prison in April -- including sexually explicit calls, Lauderdale County Sheriff Rick Singleton told CNN.

"They did communicate over 900 times between August 2021 and February 2022 while he was at Donaldson Correctional Facility," Singleton said. Investigators have been reviewing the calls, and "so far, the calls we have reviewed are phone sex."

Singleton did not provide further information about the calls.

The calls all came before Vicky White helped Casey White escape from a detention center in April, leading to an 11-day manhunt that came to a deadly end in Indiana.

Vicky White, the corrections officer, died of a single gunshot wound to the head and the manner of her death was ruled a suicide. Casey White was arrested, returned to Alabama and is being housed in the same correctional facility.

He is charged with escape in the first degree for the jailbreak that authorities say was aided by Vicky White, the 56-year-old assistant director of corrections at the Lauderdale County Detention Center. Casey White was being held there to attend hearings related to capital murder charges he faced in the 2015 stabbing death of Alabama resident Connie Ridgeway.

He allegedly confessed to killing Ridgeway in 2020, but later pleaded not guilty by reason of insanity.

Casey White had been transferred to the Lauderdale County facility from William E. Donaldson Correctional Facility, where he was already serving a 75-year sentence for a 2015 crime spree that included a home invasion, carjacking and a police chase, according to the US Marshals Service.

Investigators have said they believe Casey White and Vicky White, who aren't related, met at the jail and developed a clandestine romantic relationship.

The chaotic 11-day escape spread across at least three states and involved a series of vehicle changes, cash purchases and disguises in what authorities have said was a coordinated effort.

"This was very well planned and calculated," Singleton said previously.