Alabama and Georgia to renew rivalry in national championship showdown 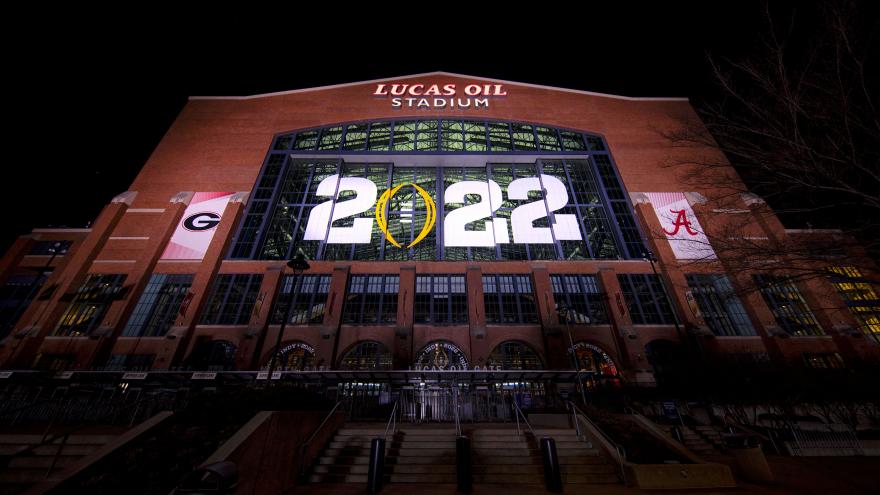 (CNN) -- No. 1 Alabama and No. 3 Georgia will go at it again Monday night in the College Football Playoff National Championship game.

The rematch pits the Crimson Tide against Georgia for the second time in little over a month, after Alabama handed the Bulldogs their only loss of the regular season in the SEC Championship Game on December 4 in Atlanta. The Tide defeated the Bulldogs 41-24.

Monday's clash between the SEC rivals at Lucas Oil Stadium in Indianapolis will be televised on ESPN at 8 p.m. ET.

It comes after the semifinals saw reigning champion Alabama dominate Cincinnati 27-6 in the Cotton Bowl. Then Georgia bounced back from its loss to Alabama by thumping Michigan 34-11 in the Orange Bowl.

"I didn't think I was going to be a spotlight. We just game-planned," Robinson said. "It was just, whatever they throw at us, we got to adjust to it."

Georgia quarterback Stetson Bennett carved up the Michigan defense, throwing for 310 yards and three touchdowns, and running back James Cook added 109 yards receiving and a touchdown.

Georgia coach Kirby Smart complimented his quarterback when asked why the Bulldogs were throwing quick routes early in the game.

"Everybody is going to make plays. It's about what you're going to do the next play and the next play," Kendrick said. "I gave up a few plays, but I kept pushing, and you see the results."

The climax of the college football season comes after several bowl games were canceled due to Covid-19 protocols.