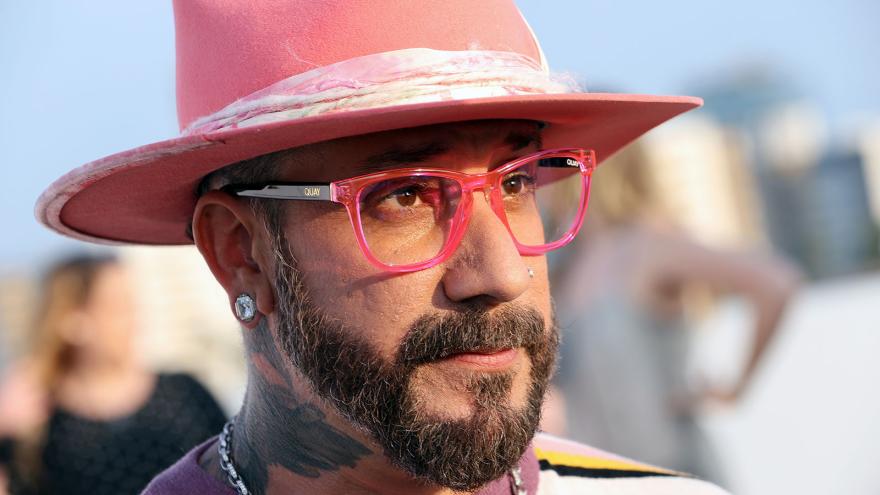 (CNN) -- For Backstreet Boys' AJ McLean, pursuing a solo career doesn't mean he has to step away from the band with which he's performed for almost 30 years.

"Each thing goes hand in hand. If I have a successful album, it only reflects on my success with the group, where I started and where I will always return to," McLean told CNN en Español via Zoom.

The music industry has witnessed time and again how bands like *NSYNC or One Direction have gone their separate ways for good after one or more members pursue their own endeavors, breaking hearts worldwide. But McLean said when it comes to BSB, going strong since 1993, "even if I have the most successful period solo, I'm still not going anywhere."

"That is my home," he said. "That is where I belong. But I don't see there being a problem with having the best of both worlds."

This unity and knowing they have each other's back has given them the confidence to explore other avenues. Kevin Richardson, who left the group for six years period from 2006-2012, has done Broadway; Brian Littrell did a Christian album and Howie Dorough released a children's record. Meanwhile, Nick Carter has been in movies, released multiple solo albums and teamed up with Jordan Knight from the New Kids on the Block for their duo Nick & Knight.

"The number one priority amongst the five of us is Backstreet Boys, which is at the epicenter," he said. "And, some of us, not all of us, are aspiring to do things outside of the group."

Earlier this month, McLean released "Smoke," the first single of his upcoming album "Sex and Bodies."

The song draws inspiration from Prince and George Michael and incorporates funk falsettos that contrast with the singer's signature raspy voice. The song celebrates love and how a relationship should feel "as easy as blowing smoke," McLean said.

"No pun intended, but I lit a cigarette and I was like, you know, sometimes relationships can be as easy as blowing smoke," he said. "Like, that's how easy it is if this person is the one. That's kind of what inspired the title."

"Sex and Bodies" will be McLean's second solo album and is set to release in early 2023.

"I keep saying it's an incredible record. I'm so proud of it. And even though 'Smoke' is an amazing record, it's still not the best record on the album."