AJ Freund was found in a shallow grave near Chicago. His mother just pleaded guilty to the boy's murder 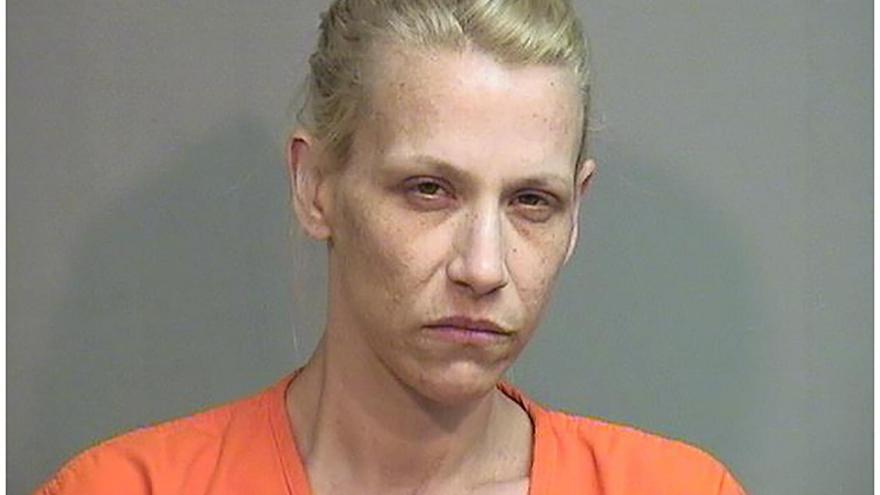 JoAnn Cunningham has pleaded guilty to the murder of her 5-year-old son, AJ Freund, months after his body was found in a shallow grave in suburban Chicago.

(CNN) -- JoAnn Cunningham has pleaded guilty to the murder of her 5-year-old son, AJ Freund, months after his body was found in a shallow grave in suburban Chicago.

Cunningham, 36, made the plea Thursday at the McHenry County courthouse in Woodstock, McHenry County State's Attorney Patrick D. Kenneally said in a statement.

She faces 20 to 60 years in prison in the death of her son. Cunningham "will not be eligible for parole and must serve 100% of her sentence," the prosecutor said. A status hearing on sentencing has been scheduled for January 30, Kenneally said.

CNN has reached out to Cunningham's attorney for comment.

Cunningham and the boy's father, Andrew Freund Sr., were charged in April with murder and several other charges after the boy's body was found wrapped in plastic in a shallow grave, covered with straw, in Woodstock.

Freund Sr. initially told a 911 dispatcher that he put AJ to bed and by the next morning he was gone, prompting a massive search, but he eventually provided information that led to AJ's body, police said.

The 5-year-old had been forced to take a cold shower after he soiled his clothes, and had gone to bed wet and naked before his parents found him dead, authorities said.

A pathologist found that AJ died from head trauma due to blunt force injuries, according to a coroner's report.

The boy's father pleaded not guilty to three murder charges and several other offenses, including aggravated battery, aggravated domestic battery, failure to report a missing child or child death and concealment of a homicidal death, court records show.

He's being held at the McHenry County jail on a $5 million bail while awaiting trial next year.

It's unclear whether Cunningham will testify against AJ's father during his trial, Kenneally, the McHenry County state's attorney told CNN.

During his short life, the boy endured so much trauma and neglect, law enforcement and child welfare officials said. He lived in a home that reeked of feces and urine, had frequent visits from police officers and child welfare workers, and at some point he bounced from one caretaker to another.