Airlines balk at paying back a portion of federal bailout money 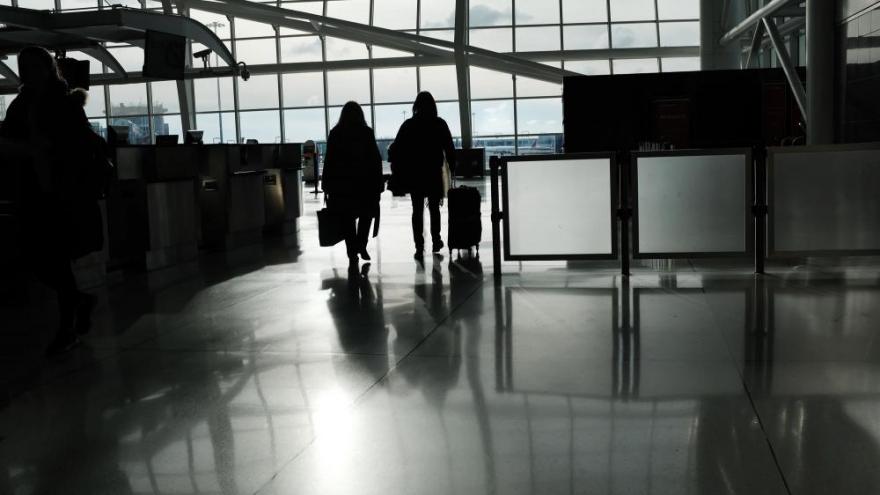 Few people walk through an international departure terminal at John F. Kennedy Airport (JFK) as concern over the coronavirus effects travel on March 7, 2020 in New York City. Airline companies have not received billions in taxpayer dollars because they are thus far balking at paying back a portion of the federal stimulus funding, sources tell CNN.

(CNN) -- Airline companies have not received billions in taxpayer dollars because they are thus far balking at paying back a portion of the federal stimulus funding, sources tell CNN.

The airlines have received term sheets from the government specifying that 70% of the funds paid to each company will be grants and 30% will be a low-interest loan, according to three aviation industry sources.

The first $100 million paid to each airline will be a grant, and the 70-30 split applies to payments above that level, according to one aviation source. The airlines had expected those funds -- $25 billion for passenger airlines and $3 billion for cargo airlines -- to be entirely grants that would not be repaid.

The airlines said Monday that grants alone -- rather than the combination -- "are an important part of the efforts to protect jobs."

"Direct Payroll Assistance funding in the form of grants only is considerably more effective for our employees rather than a hybrid combination of instruments," said Airlines for America, which represents major carriers including American, Delta, Southwest and United, on Monday.

It noted that the law set aside $25 billion for passenger airlines and $3 billion for cargo airlines "in the form of passthrough monies" that the airlines must use for employee payroll and benefits. Another $28 billion is available for loans for other expenses.

The group also said it was "examining the terms to ensure the proposals will achieve legislative intent -- to protect airline jobs through the end of September."

The funds come with other conditions specified by Congress, such as prohibitions on stock buybacks and layoffs, and limits on executive compensation. The government also cannot extend aid to any airline contemplating bankruptcy.

The airlines and employee unions joined forces to push the Treasury Department against taking stock warrants in the companies in exchange for the payroll and benefit grants.

The government was required to make its first payments a week ago. Facing a 96% drop in passengers, airlines have cut deeply from schedules and asked tens of thousands of employees to take unpaid leave. Airlines have cut more than 70% of capacity and the flights that do fly have only about 1 in 10 seats filled, according to industry data.

"If the payroll grants are delayed any further, our colleagues across the industry will lose their jobs and our aviation industry will collapse," a coalition of unions representing, pilots, flight attendants, and other aviation workers wrote to Treasury Secretary Steve Mnuchin on Friday. Re-hiring laid-off employees comes with training and certification requirements.

And while the industry says it needs the funds, airlines -- such as American -- have signaled they were awaiting the terms but expected them to not be "onerous."

The National Air Carrier Association -- with ultra-low cost airlines like Allegiant, Frontier, Spirit and Sun Country among its members -- said the government "is taking a fairly hard line" on the terms, and that airlines are currently considering the offers internally.

"The impression Treasury has given is that there's not a lot of negotiation to be done on the terms. Treasury feels pretty strongly about the terms that they've offered," said George Novak, who leads the National Air Carrier Association. "I don't get the sense that there is a lot to be negotiated."

Airlines that do agree must then work out logistical matters with Treasury, Novak said, such as whether the payment comes in one or multiple installments.

The Treasury Department said Friday it would not require smaller airlines receiving less than $100 million in aid to provide guarantees of repayment. It said many airlines falling into this category will qualify for less than $10 million.

The law requires all airlines receiving the stimulus funds to continue a minimum level of service to all current destinations. But Transportation Department rules would allow the airlines to count nearby airports as a single destination.