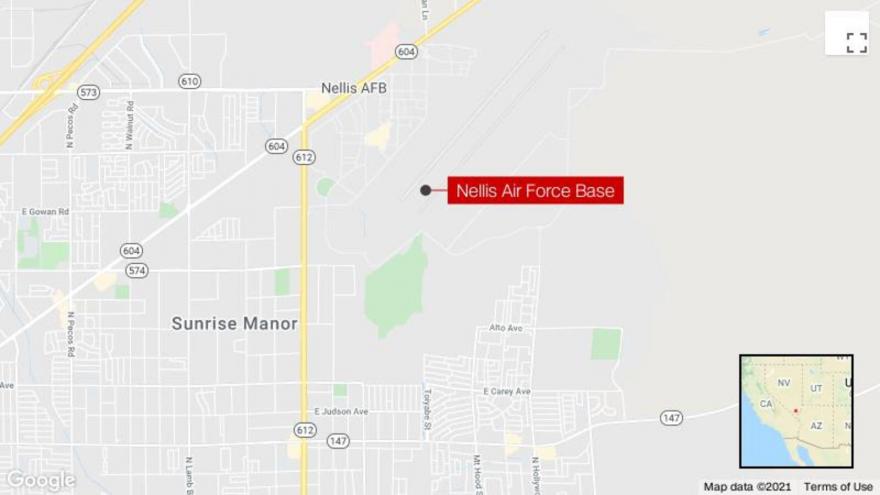 An aircraft operated by a contractor crashed after it took off from Nellis Air Force Base near Las Vegas, according to tweets from the military base's verified account.

(CNN) -- The pilot whose fighter jet crashed after it took off from Nellis Air Force Base near Las Vegas has died, according to a release from the base's public affairs unit.

The pilot, who was not identified, was a contractor and the aircraft was owned and operated by Draken US, a Florida-based company that provides "adversary air support" for Air Force pilots.

"Our thoughts and prayers go out to the people and families affected by this event," the statement said. "We are doing everything in our power to assist them in this time of need, and we are working closely with federal, state and local authorities."

The National Transportation Safety Board said it is investigating the crash of a Dassault Aviation Mirage F1.

At Nellis, Draken maintains a number of aircraft, including the French-built Mirage F1, a fighter jet, to fly against the US Air Force pilots as aggressor jets in training. According to Draken's website, the company has been serving in this role since 2015.

The jet crashed about 2:30 p.m. PT Monday near the southern edge of Nellis.

"The men and women of Team Nellis send our deepest condolences to the teammates, friends and family of our Draken wingman," the news release said.

The pilot was the lone occupant of the Mirage F1. No information was made available on the cause of the crash or potential injuries on the ground.

Nellis Air Force Base is in southern Nevada, approximately 8 miles northeast from downtown Las Vegas. The base covers more than 14,000 acres, while the total land area occupied by Nellis and its restricted ranges is about 5,000 square miles, according to their web page.