Here's what we know about Kim Potter, the officer who fatally shot Daunte Wright 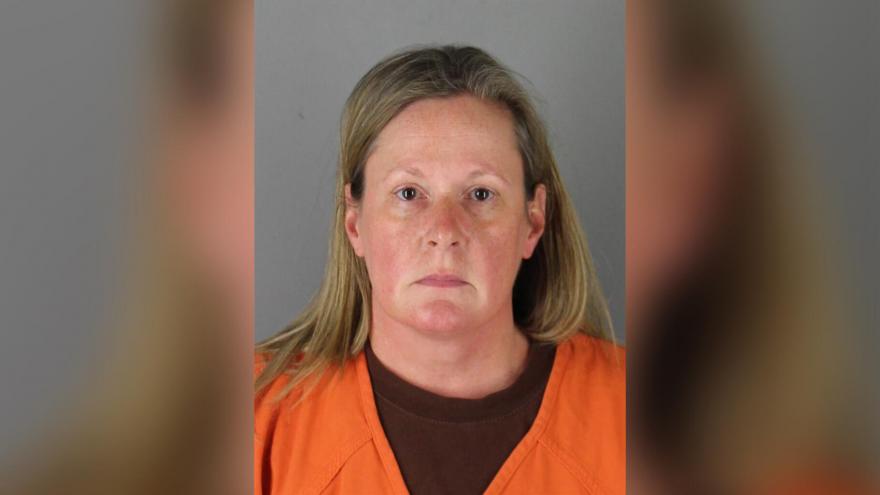 The trial of Kim Potter begins this week as jurors determine whether the former suburban Minneapolis police officer purposely shot a 20-year-old Black man or truly mistook a gun for a Taser during a traffic stop.

(CNN) -- The trial of Kim Potter ended December 23 after a jury found the former suburban Minneapolis police officer guilty of two counts of manslaughter for the killing of Daunte Wright during a traffic stop in April.

Potter, who is White, fatally shot the 20-year-old Black man in Brooklyn Center after police pulled Wright over for an expired tag and a hanging air freshener. During the stop, officers learned he had an outstanding warrant and attempted to arrest him.

In the 90-second body camera video of the shooting -- shared by the town's police chief less than 24 hours after the shooting -- Potter can be heard yelling "Taser" repeatedly before she shoots Wright. After firing her handgun, she yells, "Holy sh*t! I just shot him!"

Potter was convicted of first- and second-degree manslaughter and is scheduled to be sentenced February 18, 2022.

The maximum penalty for first-degree manslaughter predicated on reckless use/handling of a firearm is 15 years in prison and/or a $30,000 fine. However, since Potter has no criminal history, Minnesota sentencing guidelines recommend a sentence roughly between 6 and 8 1/2 years in prison.

Here is what we know about Potter:

Potter was a 26-year police veteran

She served as the police union's president in 2019, had been on the department's negotiation team and worked as a field training officer, the Tribune reported.

Potter resigned from the department two days after the shooting.

The veteran officer testified for hours at the trial and broke down in tears several times as she described the "chaotic" moments that led up to the shooting. She said she was "very distraught" and sorry for what happened.

In her testimony, Potter said before Wright's killing she had never deployed her Taser or fired a handgun while on duty, and she had never had a complaint against her.

Potter's body camera video was released after the shooting

Former Police Chief Tim Gannon, who also submitted his resignation after the shooting, said at the time the portion of the released body-worn camera footage led him to believe the shooting was accidental and that Potter's actions before the shooting were consistent with the department's training on Tasers.

Gannon said, "the officer had the intention to deploy their Taser, but instead shot Mr. Wright with a single bullet." The fatal shooting appeared to be "an accidental discharge," he said.

The Minnesota Bureau of Criminal Apprehension examined Potter's duty belt and found her handgun was holstered on the right side of her belt, while the Taser was on the left side, according to a news release from Washington County Attorney Pete Orput's office.

Citing a criminal complaint, the news release said the Taser is yellow with a black grip and is set in a straight-draw position, "meaning Potter would have to use her left hand to pull the Taser out of its holster."

Sean Hendrickson, who teaches the use of force in Washington, told CNN the only way he could wrap his head around Potter confusing a Taser for a gun is if she underwent "cognitive overload." He defined this overload as the brain going into fight or flight mode and driving the behavior of an individual.

Hendrickson said the situation with Potter and Wright, from the single video released, didn't seem like it was "unfolding at a rate that would equate to cognitive overload like that."

Gray is also the attorney for Thomas Lane, one of the four officers charged in George Floyd's death. He was also a defense attorney for Jeronimo Yanez, the former St. Anthony, Minnesota, police officer who was found not guilty of second-degree manslaughter for the fatal shooting of Philando Castile.

Mistaking a handgun for a Taser is rare and was central to the manslaughter charges against Potter. During the trial, defense attorneys argued Potter's actions did not rise to the level of a crime, while the prosecution argued her fatal error was due to recklessness and negligence.