After years of skyrocketing costs, lawmakers across the US push for caps on life-saving insulin payments 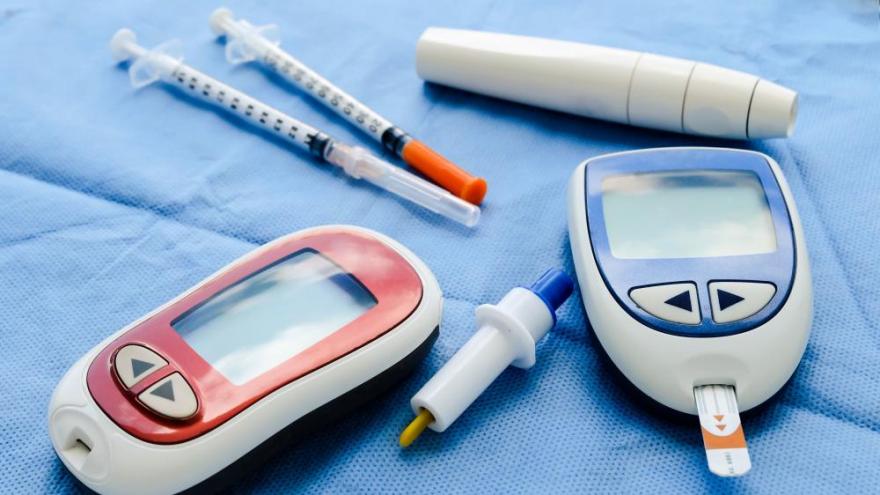 It costs between $2.28 and $3.42 for drug makers to manufacture insulin. Yet, people with diabetes pay hundreds of dollars for the life-saving drug.

(CNN) -- It costs between $2.28 and $3.42 for drug makers to manufacture insulin. Yet, people with diabetes pay hundreds of dollars for the life-saving drug.

Finally, after years of skyrocketing costs, lawmakers across the US have begun a push to cap the cost of insulin.

This week, Virginia's House of Delegates almost unanimously passed a bill preventing insurance companies from charging a co-pay over $30 for a 30-day supply of insulin. The bipartisan bill passed with a vote 98-1 and is now awaiting approval from the state Senate and Democratic Gov. Ralph Northam.

The week before, Tennessee lawmakers introduced a similar bipartisan bill that aims to ensure a patient does not have to pay any more than $100 for a 30-day supply of insulin -- even if they are not insured.

"This is not a political issue. Everyone that is affected by this disease either directly or their family members, their friends, their loved ones, their coworkers, those folks that have this disease need this insulin," Tennessee state Rep. Matthew Hill, a Republican, told reporters on Tuesday while discussing the bill.

"It's not right, it's just not right that something we know can help people and has been around as a treatment for over 100 years, in the last five years it has continued to increase exponentially," Hill said.

Illinois and Colorado have passed similar bills setting payment caps on the drug.

"Although PhRMA has not taken a position on these specific proposals, broadly speaking we support addressing the misaligned incentives in the pharmaceutical supply chain that have resulted in some patients with diabetes paying more for their insulin than their insurance company," PhRMA said in a statement to CNN.

The price of insulin has tripled in the past decade

According to the US Centers for Disease Control and Prevention, more than 30 million people in the United States -- nearly one in every 10 Americans -- have diabetes. Another estimated 84 million are prediabetic and could require insulin later in life.

Insulin is needed to treat all people with both type 1 diabetes and some people with type 2 diabetes.

Type 1 diabetes develops when the body's immune system destroys pancreatic beta cells, the only cells in the body that make insulin. There is no way to prevent Type 1 diabetes.

Type 2 is associated with obesity, older age, family history, poor diet and physical inactivity. And that's its most common form, accounting for about 90% to 95% of all diagnosed cases of diabetes in adults.

Either way, people with diabetes take insulin to stay alive.

And while very little about the way insulin is produced has changed, the prices have skyrocketed -- some more than tripling over the past 10 years. As a result, as many as one in four people who take insulin skip doses because they cannot afford the medication that is keeping them alive.

"People need this medicine to live, to survive. We wouldn't charge somebody $300 for a bottle of water if they needed to drink. Why wouldn't we do the same for a life saving drug?" Tennessee state Rep. Jason Hodges, a Democrat, said on Tuesday.

Demand for insulin is rising

And as the number of people living with diabetes continues to rise, studies have predicted that the access to insulin needed to meet growing demand will fall short.

By 2030, 79 million adults with type 2 diabetes are expected to need insulin to manage their condition and if current levels of access remain, only half of them will be able to be able to get an adequate supply, according to a modeling study in the journal Lancet Diabetes and Endocrinology.

The study predicted that the number of adults with type 2 diabetes will rise from 406 million in 2018 to 511 million in 2030. The United States will have the third highest numbers globally, with 32 million people predicted to be living with the condition in 2030.

However, not all people with diabetes require insulin. Of that global total of 511 million, 79 million were predicted to be in need of insulin to manage their diabetes -- a 20% rise in the demand for insulin -- and only 38 million are likely to have access to it, based on current resources.

The country's leading manufacturers of insulin are Eli Lilly, Novo Nordisk and Sanofi, whose executives were ordered to testify on Capitol Hill last year regarding the rising prices of their drugs.

"We are engaged with the administration and with health plans to identify approaches to help lower costs for patients," Sanofi spokesperson Nicolas Kressmann told CNN.

"As a matter of policy, Sanofi supports capping patient out-of-pocket costs for insulin because of unjustified cost-shifting from health plans to patients who need insulin to manage their diabetes."