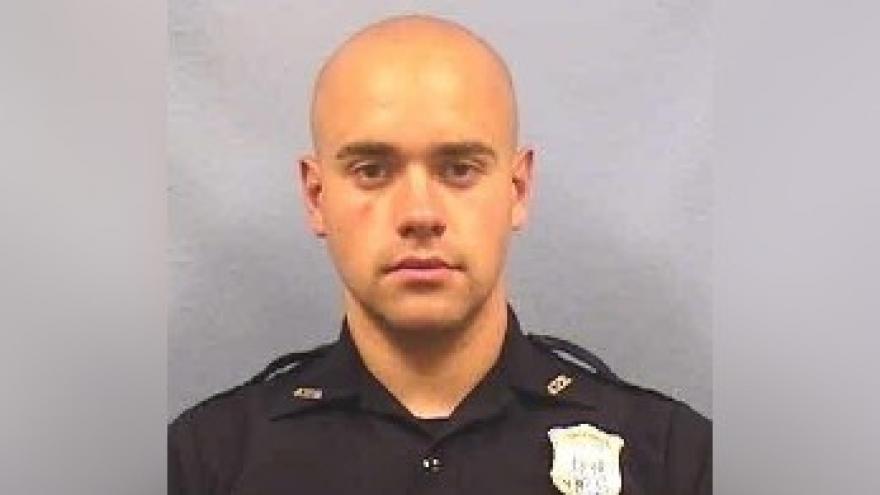 Garrett Rolfe, the Atlanta Police officer who shot and killed Rayshard Brooks at a Wendy's parking lot, has been charged with felony murder and other charges.

(CNN) -- The morning after an unusual number of police officers called out sick, only two sergeants and one officer showed up in one of Atlanta's six police zones, according to police officers who don't want to be named.

The shortages come in the wake of the Fulton County district attorney bringing charges against two officers who were involved in the deadly shooting of Rayshard Brooks.

On Wednesday, multiple sources within the Atlanta Police Department told CNN that officers were not responding to calls in three of the department's six zones.

Though the department denied that was the case, a police union director backed CNN's sources' accounts and said that, in some instances, officers were refusing to leave their precincts unless a fellow police officer required backup.

The police department said an unusual number of officers working the late shift had called out sick. The mayor said the city would be OK.

"There's a lot happening in our cities, and our police officers are receiving the brunt of it, quite frankly," Mayor Keisha Lance Bottoms said.

The city has shown its commitment to the officers through a pay raise, and "we expect that our officers will keep their commitment to our communities," she said.

However, she thinks morale is down tenfold, she said.

"We do have enough officers to cover us through the night," she said. "Our streets won't be any less safe because of the number of officers who called out, but it is just my hope again that our officers will remember the commitment that they made when they held up their hand and they were sworn in as police officers."

The mayor didn't say how many officers had called out.

In its statement, the Atlanta Police Department said reports that multiple officers from each zone had walked off the job were inaccurate.

"The department is experiencing a higher than usual number of call outs with the incoming shift. We have enough resources to maintain operations & remain able to respond to incidents," the statement said.

Some officers were staying past their shift to make up the difference, Bottoms said, and the city can call on partners in other departments across the metropolitan area if needed.

'They're just fed up'

Vince Champion, the southeast regional director of the International Brother of Police Officers, presented a different account: He received calls throughout the night saying officers were calling out and walking off their shifts.

"Some were just refusing to leave the precincts unless an officer needed help, so it was different things," Champion said.

While he didn't have hard numbers, he has heard officers are planning to call out on Thursday, he said.

"They're just fed up. I mean, their mayor has come out and said everything that they used to do with use of force is not valid -- 'Don't do it' -- so I don't know how we defend ourselves when people want to fight us," he said.

The callouts are not organized, he said, and he wouldn't consider them a strike. The union had no knowledge of the officers' actions beforehand, he said.

The staffing at Zone 6 was so sparse that when the department heard that several protesters were planning to take over the precinct, the remaining staff removed critical equipment from the building and relocated to another zone, according to Atlanta police officers who didn't want to be named.

There was severe staffing shortages in Zone 1 overnight, the officers said.

Atlanta police officers each patrol one of six zones covering some 500,000 residents who live in the city limits. They also cover Atlanta's Hartsfield-Jackson International Airport.

Fulton County District Attorney Paul Howard announced Wednesday 11 charges against Garrett Rolfe, who was fired after he shot Rayshard Brooks twice in the back Friday night. A third shot hit a car with three people inside.

The 11 charges Rolfe faces are felony murder, five counts of aggravated assault, four counts of violating his oath of office and one count of criminal damage to property.

Devin Brosnan, the other officer at the shooting, faces an aggravated assault charge for allegedly standing on Brooks in the parking lot. He also faces two counts of violating his oath of office.

Rolfe was a member of a special traffic enforcement unit, which Brosnan requested come to the scene when he suspected Brooks might be intoxicated.

Attorneys for both officers have said they are not guilty.

The Atlanta Police Foundation is giving every police officer a $500 bonus as a way of saying thanks. Officers are expected to receive the money on Friday.

When asked about the bonus, one Atlanta police officer told CNN, "I'll believe it when I see it."

"This is the first time anything like this has been done and the foundation are good people as well, but it's for APD only and it's definitely about morale," the officer said.