After pardon from governor, McCloskeys want their guns back 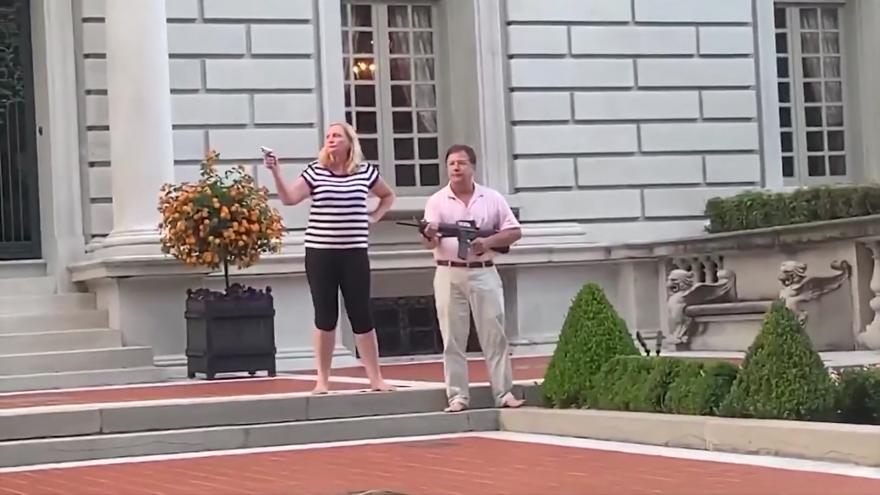 ST. LOUIS (AP) — A St. Louis couple who made headlines by waving guns at racial injustice protesters in 2020 is in court trying to get the weapons back.

The St. Louis Post-Dispatch reports that Robert Dierker of the City Counselor's Office told a judge during a virtual hearing Wednesday that the city of St. Louis has not disposed of guns taken from Mark and Patricia McCloskey.

The McCloskeys pleaded guilty to misdemeanors last year and were ordered to forfeit the guns.

Mark McCloskey's lawsuit says a subsequent pardon from Republican Gov. Mike Parson means they should get their weapons back.