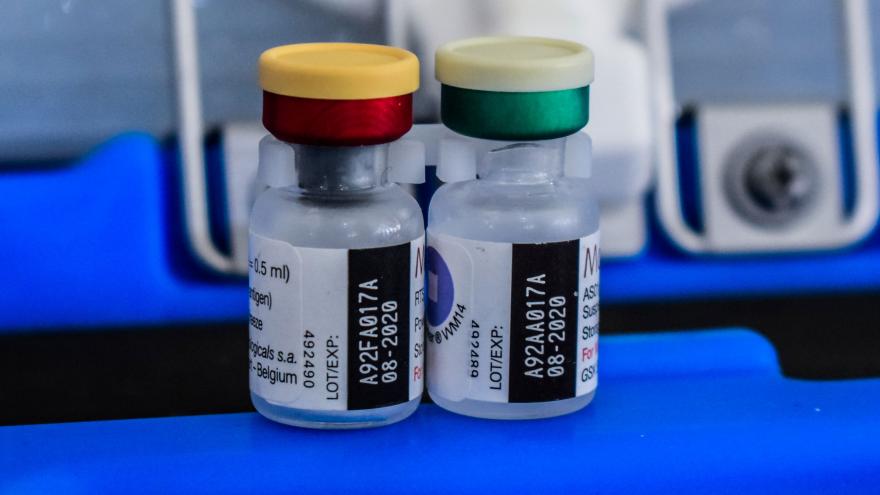 (CNN) -- The World Health Organization's decision to recommend the widespread use of a long-awaited vaccine against malaria is an endorsement of the African scientists involved in developing it, a top official in the global health body told CNN on Thursday.

Dr. Akpaka Kalu, WHO Regional Advisor for Tropical and Vector-borne Disease, said positive results from ongoing pilot programs of malaria vaccinations in three African countries -- Ghana, Malawi and Kenya -- had led the organization to recommend widespread use of RTS,S/AS0 or Mosquirix among children in sub-Saharan Africa.

"The datasets that were generated in these studies and field trials were by African scientists," Kalu said.

The vaccine, a product of 30 years of research, was developed by British drug manufacturer GlaxoSmithKline in collaboration with Seattle-based health nonprofit PATH and a network of African research centers, with partial funding from the Bill and Melinda Gates Foundation, the WHO said.

Kalu said there are ongoing discussions to transfer vaccine manufacturing technology to Africa as facilities on the continent build out local infrastructure to produce Covid-19 vaccines.

"We hope that the same technology used for Covid vaccines will be used to manufacture malaria vaccines and other vaccines in the future," he said.

"This long-awaited vaccine, developed in Africa, by African scientists, is a breakthrough for science, child health, and malaria control," WHO Director-General Tedros Adhanom Ghebreyesus said in a thread on his official Twitter account Wednesday.

In Ghana, Dr. Keziah L Malm, Program Manager at the National Malaria Control Programme, told CNN she was proud of the contributions made by her colleagues who took part in the clinical trial.

"It's been so long and it is refreshing to see the results of the collaboration of Ghanaian scientists, whom I know personally know worked on this research and studies," she said.

Keziah said malaria is disease that mostly impacts Africans and it was important that research on prevention and treatment be led by experts on the continent.

To date, more than 800,000 children have received the pilot vaccine through clinics, the WHO said.

Clinical trials have concluded that the vaccine offers 39% protection against malaria in newborn children between the ages of five and 17 months. Further research also suggests that the vaccine's benefits fades over time.

Dr. Doyin Odubanjo, a public health expert and Executive Secretary of the Nigerian Academy of Science, said the vaccine is another tool for combating malaria and should not be seen as a magic bullet for its prevention.

"The vaccine is effective enough in reducing the cases of severe malaria though it is not generally highly effective and its effect wanes quickly as too," Odubanjo said.

"This means that we must not abandon the other tools."