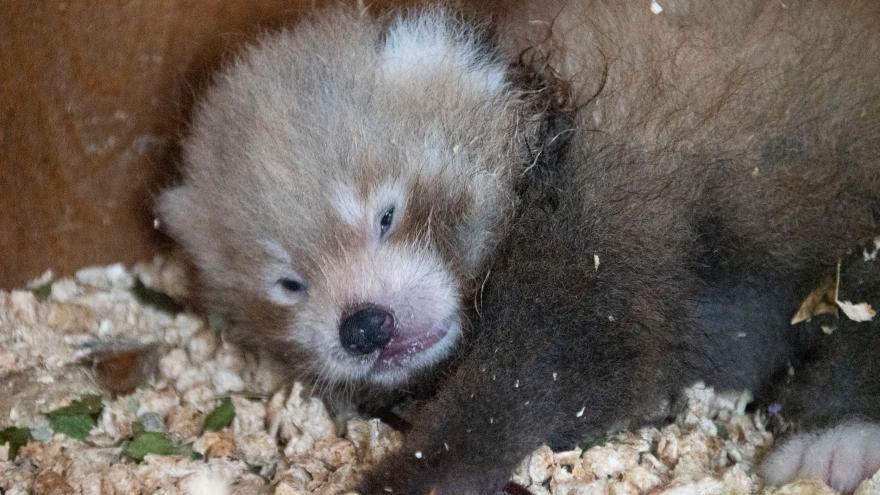 The Hertfordshire zoo in the United Kingdom welcomed a newborn red panda in July, according to a news release. The tiny cub is currently called "Red Panda" while the zoo waits until it's old enough for a veterinary exam.

The birth is good news for conservation worldwide: There are less than 2,500 red pandas remaining in the wild, according to the release.

Native to the eastern Himalayas and southwestern China, the cute critters are listed as endangered by the International Union for the Conservation of Nature (IUCN). Their population is on the decline due to habitat loss and hunting for food, medicine, and apparel, according to the IUCN.

And the new cub is also a "miracle" for its parents, according to the zoo. The baby was born to mother Tilly and father Nam Pang, who died a month before the cub's birth. The pair had been matched by an international breeding program but failed to conceive over the past four years. But keepers noticed that Tilly began nesting just two weeks after her mate died.

"Little Red" won't leave its nest for another few months. But zoo guests can still catch a glimpse of its mother.

"This cub has become a symbol of hope," Aaron Whitnall, operations coordinator at the zoo, said in the release. "After the tragic passing of Nam Pang, for his memory and legacy to live on, is more than we ever expected."

Despite their names, red pandas are more closely related to raccoons and weasels than they are to black-and-white pandas, says the World Wildlife Fund. But both species rely on a bamboo-based diet, which gave them their names. Panda is thought to be derived from the Nepali word "ponya" for "bamboo or plant-eating animal," according to the WWF.