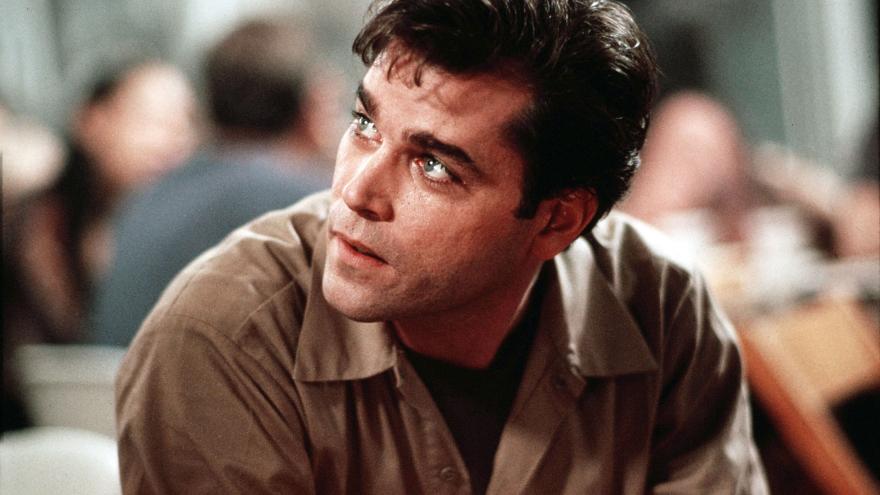 (CNN) -- Ray Liotta, the actor known for his roles in "Field of Dreams" and the Martin Scorsese mob classic "Goodfellas," has died.

"Ray was working on a project in the Dominican republic called 'Dangerous Waters' when he passed. He passed in his sleep. He is survived by his daughter, Karsen and his fiancée, Jacy Nittolo," his publicist Jennifer Allen told CNN.

Born in Newark, New Jersey, he was adopted by Alfred and Mary Liotta, who later adopted a daughter, Linda.

He attended Union High School where he excelled at sports and went on to attend the University of Miami. He studied drama and was cast in his first play, "Cabaret."

Following his college graduation, Liotta moved to New York City where he got work in commercials and was cast as Joey Perrini on the daytime soap opera "Another World," in which he appeared from 1978 to 1981.

His performance as crazed ex-con Ray Sinclair in the 1986 film "Something Wild" proved to be a breakthrough role for the actor.

Liotta followed that with an acclaimed performance as baseball player "Shoeless" Joe Jackson in the box office hit "Field of Dreams" with Kevin Costner.

His most memorable role, perhaps, ws as real-life mobster Henry Hill in the 1990 film "Goodfellas," which cast him opposite heavy hitters Robert De Niro and Joe Pesci.

Lorraine Bracco, who co-starred as Liotta's wife in "Goodfellas," paid tribute to him on Thursday.

"I am utterly shattered to hear this terrible news about my Ray," Bracco wrote in a tweet. "I can be anywhere in the world & people will come up & tell me their favorite movie is Goodfellas. Then they always ask what was the best part of making that movie. My response has always been the same...Ray Liotta."

When asked by The Guardian in 2021 why he never worked with Scorsese again given the director's propensity for using some of the same actors in different projects, Liotta responded "I don't know, you'd have to ask him. But I'd love to."

Not that he didn't find plenty of work over the years.

More recently, Liotta narrated the TV docuseries "The Making of the Mob" and starred in "The Many Saints of Newark," the prequel film to the hit television mob series "The Sopranos."

Despite playing plenty of tough guys, that was not Liotta's true persona.

"I have never been in a fight at all, except for during sports, and that's just pushing and goofy kid stuff," he told People magazine last year.

Liotta was currently cast in multiple projects, according to his IMDB profile.

"It's weird how this business works, because I've definitely had a career that's up and down," he added. "For some reason, I've been busier this year than I have in all the years that I've been doing this. And I still feel I'm not there yet. I just think there's a lot more."