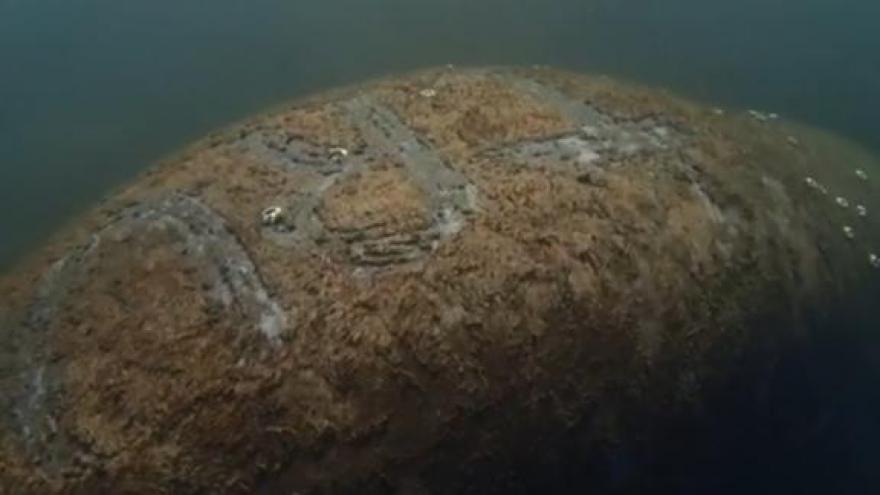 Actor Dave Bautista announced he would give an additional $20,000 to the reward for information leading to the person or people responsible for writing "TRUMP" on a manatee in Florida,

(CNN) -- There is already a reward for information leading to the person or people responsible for writing "TRUMP" on a manatee in Florida, but actor Dave Bautista is taking it a step further.

"If there's not already a reward for the arrest and conviction of the low life scummy MAGATs that did this I'll throw in $20,000. And I promise there will be bonuses to that reward!" he said.

The manatee was discovered on January 10 in Florida's Homosassa River with the President's name scraped on its back, according to a news release from the Center for Biological Diversity.

It's not clear what was used to mark the animal.

The Center has already announced a $5,000 reward for information leading to a conviction of the person responsible, according to a news release.