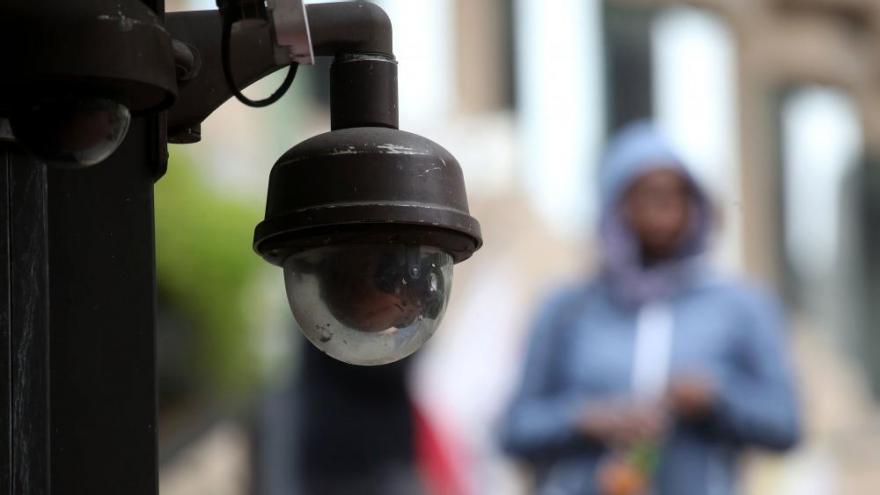 A video surveillance camera hangs from the side of a building on May 14, 2019, in San Francisco, California.

(CNN) -- The America Civil Liberties Union is suing multiple government agencies to release records on how facial recognition technology is being used, according to a lawsuit filed Thursday.

The suit was filed in US District Court in Massachusetts against the US Department of Justice, the FBI and the Drug Enforcement Administration.

The complaint says the suit was filed because of growing concern about the government's use of biometric identification and tracking technologies -- tools that enable "undetectable, persistent and suspicionless surveillance on an unprecedented level."

The FBI and the DOJ declined to comment. CNN has reached out to the DEA.

In January 2019, the ACLU filed a Freedom of Information request to gain access to public records on how the technology was being used and to what extent the federal government allegedly tracks people's movements and associations, according to the complaint.

The three governmental entities named in the lawsuit failed to comply and did not provide any of the requested information.

The plaintiffs -- the ACLU and the ACLU of Massachusetts -- now seek to have them produce the requested records to find out how the government uses the information, the ACLU said in a statement Thursday.

"Technology has outpaced our civil rights law," Kade Crockford, director of the Technology for Liberty Program at the ACLU of Massachusetts told CNN.

"Face surveillance technology poses unique risks to people's privacy, safety, and civil liberties. As state lawmakers consider a statewide moratorium on the government's use of this technology, and Congress considers its own legislation, the public urgently needs to know how the federal government is using face surveillance and other remote biometric monitoring systems in Massachusetts and across the nation," Crockford said.

This kind of technology helps decipher seemingly private information such as "who a person associates with, where they go and when, what their habits and likes and dislikes are and what their mood and health status is," according to the equalAIs project at the Massachusetts Institute of Technology. The group is not involved in the lawsuit.